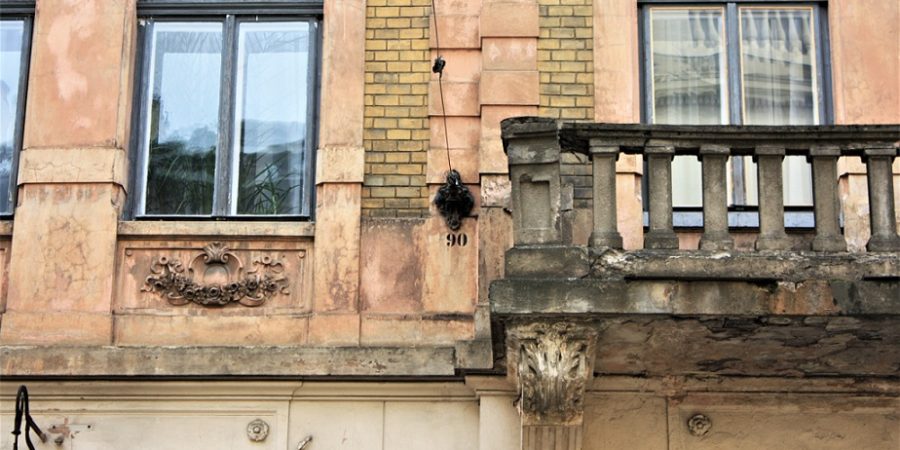 Antique tramway rosettes remain on many of Lviv’s historic buildings. These elements of infrastructure were attached to the facades of buildings to hold cross-street wires in place, which in turn supported the naked live wire which supplied power to the trams. Lviv’s first electric tram began running in 1894. Throughout the next century and a quarter, many new lines were added around the city, others were changed, closed, or shortened. Consequently, elements of the former tramlines became obsolete, yet often left in place – so we can still see both rosettes on the buildings and tracks on the road where trams no longer run.

The tram rosettes first stood out to me because several of them are marked with numbers. I could tell they were old, but I have had a difficult time figuring out what they mean exactly. As someone on a forum suggested, it is possible that the numbers were there so that if there was some sort of accident, breakdown, etc., the location could be conveyed with the help of the number.

Many of the historic tram rosettes are still in use as Lviv’s tram system is still thriving, but the numbers no longer have a function, as now there are more efficient ways to communicate and convey necessary information.