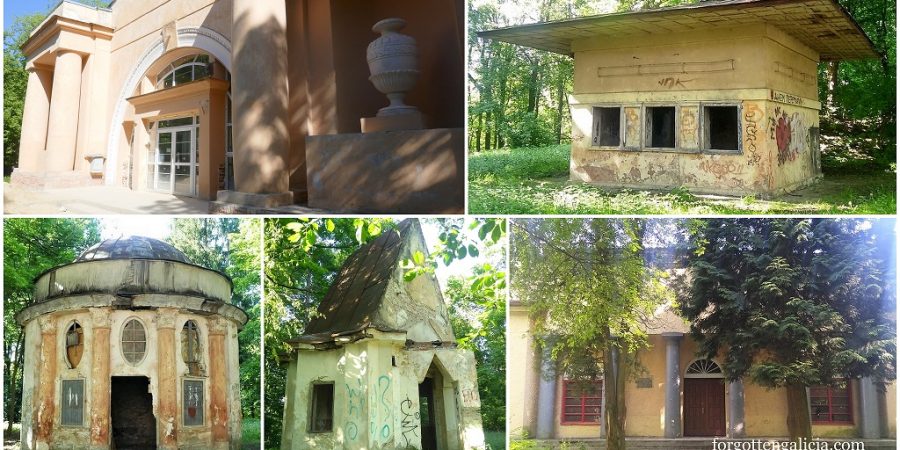 The Eastern Fair (Targi Wschodnie in Polish) was a major trade fair in interwar Poland. It was established in 1921 in Lviv, after the end of the Polish-Soviet War, which redrew the Polish-Soviet border and incorporated Galicia into the Second Polish Republic. The aim of the trade fair was to facilitate new business partnerships between Polish and foreign entrepreneurs, especially with Romania, Hungary, and the Soviet Union. Lviv’s location near the border with several foreign countries gave it an important role in stimulating international trade and fostering Poland’s economic development.

For nearly two decades, the Eastern Fair grew in importance, attracting over 1,000 exhibitors and by the late 1930s attracted 200,000 visitors. Altogether in the years of the fair, 229 companies and 23 countries participated in the fair. The annual trade fair was held 18 times before the invasion of Poland in 1939.

The trade fair was held in Stryisky Park (Park Stryjski in Polish), on the site of the National Exhibition of 1894. Some of the pavilions from the National Exhibition were used for the Eastern Fair, but many more were built to meet the needs of the large fair. The first pavilions were erected in 1921 out of lightweight materials. As the fair grew in size, in the coming years these pavilions were gradually replaced with larger permanent structures. Most of them were located along the central alley. Architecturally they were built in the styles of neoclassicism, manor style (styl dworkowy), Art Deco, and functionalism (buildings from the 1930s). Many of the pavilions were built based on the designs of leading Lviv architects, such as Eugeniusz Czerwiński and Alfred Zachariewicz, as well as the younger generation of Modernists, including Barbara and Stanisław Brukalski.

An aerial view of the exhibition site

One of the most famous pavilions was the tower erected by the famous Baczewski vodka and liqueur company. The Polish science fiction writer Stanisław Lem who grew up in Lviv was especially fond of the Baczewski pavilion, as he recalls in his autobiographical novel High Castle:

“A great meander created by the longest, semi-circular pavilion which with half of its arch embraced the Baczewski pavilion (the one laid out with liquor bottles). When one stood under the Baczewski tower, one could awaken the echo sleeping in space; a hand-clap, if strong enough, could be heard four, five, even six times, just like every shout. Oh, how many prizes there were!” from culture.pl.

Detail of the Central Pavilion. In the background the pavilion of the Baczewski vodka factory, 1930

The Rudki Exhibition of the Felicja Brickworks, arch. Wawrzyniec Dayczak, 1928

Today Stryiskyi Park is one of the largest and most beautiful parks in Lviv. In the eastern corner of the park one can still find traces of the fairs that once played such an important part in Lviv’s economic development: a handful of remaining pavilions – some which have been renovated and now serve as buildings for various establishments, others which are empty and in disrepair.

Pavilion of the Air and Gas Defence League and the Orbis Polish Travel Agency, 1920s

The Rudki Exhibition of the Felicja Brickworks, arch. Wawrzyniec Dayczak, 1928; today in ruins