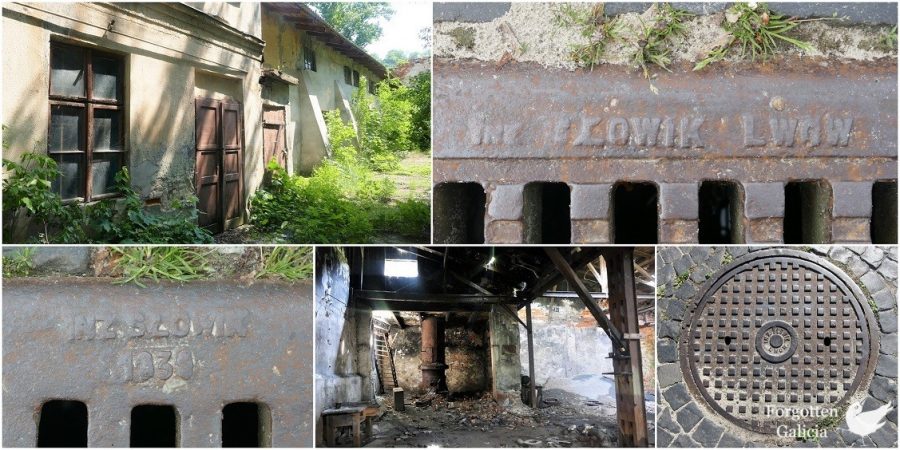 The Recovered Story of a Prewar Metalworks Owner

Countless people contributed to the urban development of Lviv and left their enduring mark on the city. It is thanks to these architects, urban planners, engineers, entrepreneurs, craftsmen, construction workers, and factory workers that we have the beautiful architecture, cobblestone roads, infrastructure, and parks that we still adore and use today.

The architectural and physical heritage that they created is also a good representation of the city’s multicultural past for it was not only people of different professions but also of different ethnicities and religions — from Italians and Austrians to Poles, Jews, and Ukrainians — who built it.

By the late nineteenth and early twentieth centuries, a number of factories were producing the city’s hardware, construction materials, ironwork, and elements of architecture. And the marks they were leaving were quite literal for their products were stamped with their names. Etched in marble, carved in cement, embossed in metal, or painted on tile — these manufacturer’s marks acted as advertisements and signs of quality.

Yet while many of these inscriptions can still be found today in the nooks and crannies of the urban landscape, the people and the companies that produced them are long gone. WWII and its aftermath killed or exiled many of the owners of these companies and the operations were shut down or taken over by the Soviet regime. As a result, the stories and the fates of many of the people are unknown in Lviv today.

An Inscription Comes to Life

One of those people who left their mark on the city was Bolesław Słowik — a Polish engineer and the owner of a metalworks factory in Lviv. I had come across his name, usually rendered as “inz. Słowik” (“inz.” short for inżynier, Polish for “engineer”) embossed on manhole covers and storm drains around the city. But his name was just a name along with the many others I had come across in my urban explorations. It didn’t mean anything to me; I didn’t know anything about the man, who he was, or what happened to him. I included some of the photos I had taken of his manhole covers in a blog post I wrote about Lviv’s historical manhole covers and that was it. That was the end of his story. Or so I thought.

So last year when I was contacted by Engineer Słowik’s granddaughter, Barbara Urbanowicz, who had just come across my blog and was inquiring whether I knew anything more about Bolesław or his products — it took me by surprise. It was as if Bolesław suddenly came to life to me, and I realized that all these people who built the city had their own stories to tell. While many of their fates I may never know, I was fortunate to have the opportunity to learn what happened to Bolesław — and to even meet in person his direct descendant.

Though she was separated geographically and temporally from the place where her grandfather lived and worked — and never even met the man — Barbara thought of her grandfather often and continued to research his life and keep his memory alive. She willingly shared any information she had about him with me. And now every time I come across one of his manhole covers I feel a personal connection to the spot, to the person behind it, to Lviv’s past.

Bolesław Słowik was born in Lwów / Lviv in 1889, was baptized in St. Maria Magdalena Church, and grew up at 7 Sapiehy Street (today Stepana Bandery Street). He went to Gimnazium Jana Długosza and then studied engineering at the Polytechnic — both of which were located just a stone’s throw away from his home.

Before he founded his own enterprise, he held a prominent position at the manufacturer Ferrum, where in addition to his engineering assignments, he lobbied the interests of the company. Bolesław was also involved in academic work — he delivered reports at meetings of the Polish Polytechnic Society (1926) and the Polish Economic Society (1936) (from Львів po polsku).

His experiences he later used in his own company, which he started around 1931. His factory was located on Żółkiewska Street (today Khmelnytskoho Street). In addition to manhole covers and storm drains, his factory produced metal geodetic pillars – leveling marks.

The factory still stands today. In Soviet times it was part of the tram and trolleybus trust.

Słowik’s factory produced several different types of cast iron manhole covers and storm drains. They were all marked with the inscription “Inz. Słowik.” Many of these products can still be found around Lviv — from the very center of the city to historic neighborhoods in the outskirts.

The center stamp means “Sewer system of the city of Lviv.” His manufacturer’s mark was left on the trim.

Bolesław married Zofia Nadachowska in 1919 in Stanisławów (today Ivano-Frankivsk). They had two daughters, Krystyna, born in 1927, and Haneczka.

The Słowiks lived in a building at the site of the factory. Bolesław also owned a huge country estate in Gruziatyn, Wołyń, where he employed many people. The family usually spent a part of the summer there. In his blog, a nephew of Bolesław’s, Franciszek Nadachowski, recalls visiting the Słowiks at their estate. He writes that Uncle Bolek was a massively tall man who liked to spend time with the children and to joke around. He also liked to sing French operettas (especially from “Orpheus and Eurydice”).

During WWII Bolesław’s wife and two daughters were bundled into a cattle wagon at Podzamcze Station in Lviv and transported into slave labor in Semipalatinsk, Kazakhstan. Bolesław was arrested by the NKVD and kept for a year in Prison No. 1 in Lviv before being sentenced to a gulag in Kazakhstan. He and Haneczka died. His wife and daughter Krystyna ended up in the U.K.

Krystyna’s daughter Barbara, who lives in the U.K., found in the Hoover Institution archive her 15-year-old mother’s witness statement, which describes in details what happened to the Słowik family in the terrible years of the war.

This is Barbara’s translation of the statement:

PAGES FROM MY JOURNAL

As Barbara so aptly wrote when she and her husband stumbled across her grandfather Bolesław Słowik’s name on my blog: “Sadly, my beloved Dziadek [Grandpa] continues to play peek-a-boo with me, revealing himself little bit by little bit, and I still don’t have a photo of him. His life ended in the inhospitable wastes of Kazakhstan yet he continues to live underfoot in the streets of his much loved city of Lwów.”

1 thought on “Engineer Słowik and His Enduring Mark on Lviv”