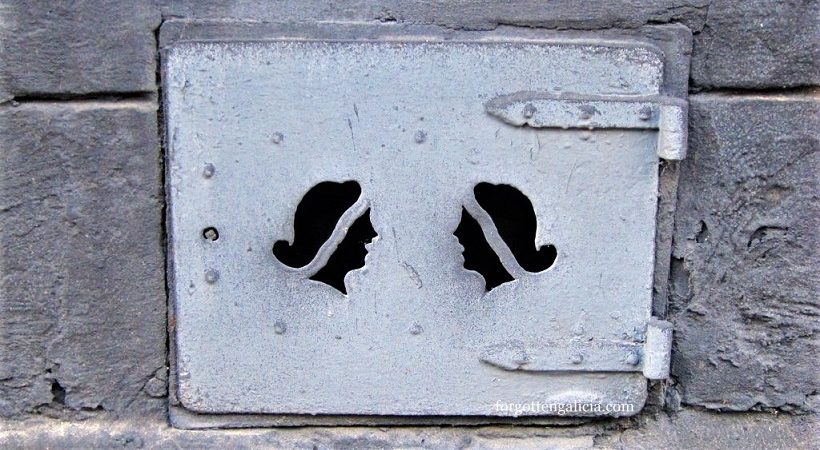 An interesting architectural and infrastructural element of the old buildings in Lviv is the vault window with a metal shutter. Even these seemingly unimportant, mundane covers were finished off with an artistic and decorative touch—a unique cutout, which I assume served the purpose of providing some light and ventilation in the basement vaults.

The windows would open by key from the outside, and likely were also used as chutes to bring goods or coal directly into the basements from the streets. As these are generally found on the front facade of the buildings, many have been openings to the vaults of storefronts—and so storage of goods was very important.

Each one has a different design—and there are hundreds of these around Lviv. (See also Austria’s vault lights.)

I especially love the ones with the women’s profiles—and the women’s mouths are open as if they are engaged in a lively and most enjoyable conversation.