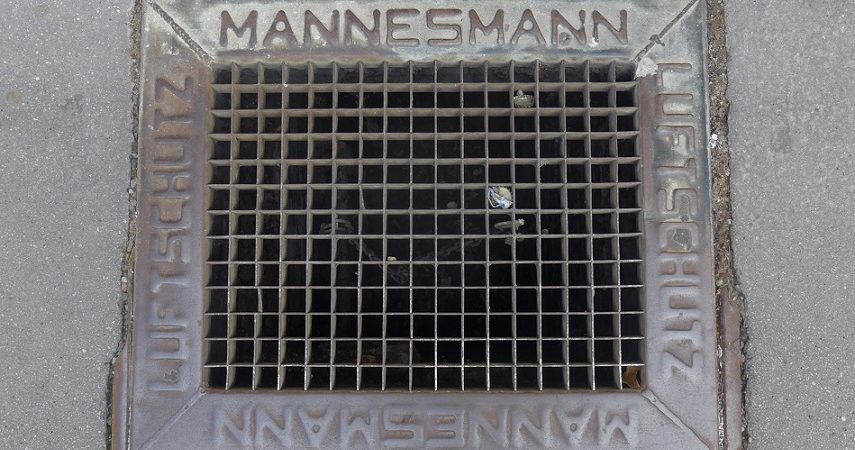 In Vienna one can still find the covers to WWII civilian bomb shelters. Originally I thought these metal grates were either storm drains or vaults lights with missing glass, but I discovered that in fact they were covers for ventilation shafts and emergency exits. Across the territory of Nazi Germany basements in cities were designated as bomb shelters and sometimes ventilation shafts and emergency exits were built from them and covered by special covers.

On the outer walls of these buildings “LSR” (short for “Luftschutz Räume,” which means “air raid shelter”) was painted in white along with an arrow pointing to the entrance. Emergency exits were marked with arrows and the letters “NA” (examples of which can be found even in Lviv).

The air-raid covers that I found were made by a company called Mannesmann. 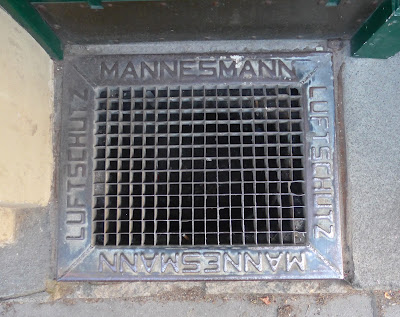