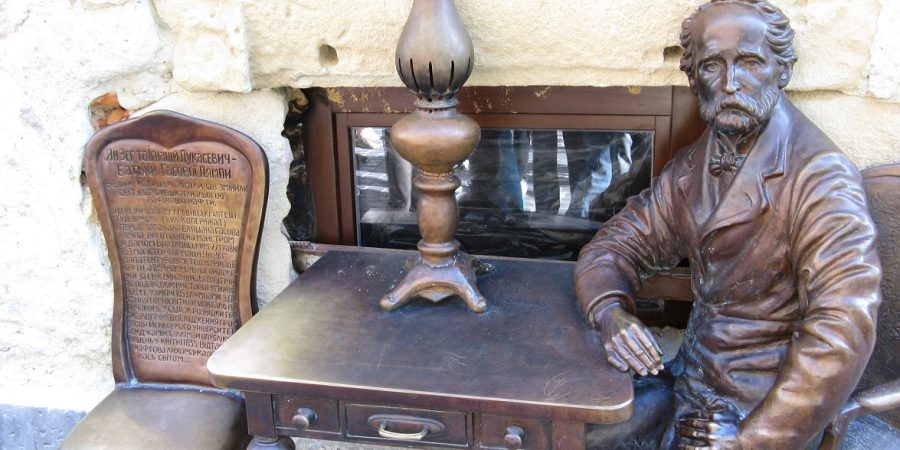 Oil, that vital resource the modern world needs to exist, does not immediately come to mind when one thinks of Eastern Europe. Oil reserves are most frequently associated with the Middle East, United States, Canada, the North Sea, Mexico and Venezuela among others. Of course the elephant not mentioned in this grouping is Russia, which is the second largest producer of oil in the world. Much of its vast reserves are found on the distant frontiers of Europe, in the Caucasus region, an area that is considered by many to be more Asian than European. The most well-known oil reserves in Eastern Europe are to be found around the Romanian city of Ploiesti. These helped fuel the German Army during World War II. They were also the scene of a massive American air bombing raid in 1943.

One of the most intriguing and forgotten oil fields in Eastern Europe was once found in Austria-Hungary, specifically in the province of Galicia. Though now lost to the vagaries of history, it was of economic and military importance during its heyday. Today the area around the cities of Boryslav (Boryslaw in Polish) and Drohobych (Drohobycz in Polish) in western Ukraine (approximately 100 kilometers southwest of Lviv) show few signs of what was once a steaming, frothing industrialized landscape of derricks and refineries, pumping and processing the black gold of Galicia.

Let There Be Light – Oil Burns In Galicia

For an event that was of paramount importance at the time, it is hard to believe that the development of an oil industry in Galicia barely exists in the historical consciousness. It really began in earnest during the middle of nineteenth century in Lemberg (Lviv, Ukraine) due to the efforts of two innovated men, Jan Zeh and Ignacy Lukasiewicz. Both worked at a pharmacy in the city. Zeh was the first man to develop a method to distill and purify oil. His persistence and dedication was legendary.

As the historian Alison Fleig Frank states in Oil Empire: Visions of Prosperity in Austrian Galicia (a book I highly recommend), “he labored all night long without suitable equipment, suffering from persistent headaches and dizziness caused by the stinking, toxic gases. His clothes, hair, and skin were so saturated with the stench of burning oil that he was hardly able to appear in public. Zeh later reminisced that people avoided him, suspecting that he was insane; he even claimed that old ladies whispered and pointed at him when he walked down the street. The price he paid for his discovery was beyond measure: he later lost his wife and sister-in-law in an explosion set off when a match ignited petroleum gases near their store.”

Lukasiewicz followed on the heels of Zeh with his own innovation, a lamp that could burn oil safely. These breakthroughs led to the birth of perhaps the world’s first oil industry. Their innovations quickly moved to implementation when on July 31, 1853, the Lviv General Hospital, became the first public building to utilize oil burning lamps. In this case, they illuminated a surgical unit during the night. From that point forward, the industry began its ascent in the region.

The type of oil boom which has become familiar in the modern age ensued. Wildcatters, speculators and investors all had a hand in development. One of the more quixotic elements of the boom was that the oil found beneath the land was not owned by the state, an almost unheard of situation in Europe both then and now. Private property owners, whether they were elite Polish aristocrats or lowly peasants held the mineral rights. This state of affairs did not lead to prosperity for the many. Instead it meant that production was uncoordinated, dangerous and haphazard. A situation developed of literally every man out for himself. That is, if they could raise enough capital to exploit the sub-surface resources. Only a few ever really benefited.

Exhausting the Inexhaustible – Searching For a Bottom

The oil boom changed the face of Boryslav. During the 1860s it was a small village, with a population of four hundred. By the turn of the century 12,000 workers, speculators, merchants and administrators were living in all kinds of less than desirable conditions. Government intervention was limited. It included putting down strikes from the small, but growing industrial proletariat. The government would also limit the sale of oil to foreign nations, severely crimping export markets. Nonetheless, production soared. In 1905 production grew by half. Four years later production peaked at close to 15 million barrels from the Galician fields, 5% of global production. This made Austria-Hungary the world’s third largest producer of oil, almost all of which came from Galicia. The glut of unregulated production ended up depressing prices. The good times, if they ever really were that, did not last. Despite predictions that the basin held massive reserves, these turned out not to be true. Production began to decline.

World War I threw the industry into chaos. The Russian Army’s occupation of the area from late 1914 to the middle of 1915 did not destroy the fields, but their presence brought production to a halt. Even after Austria-Hungary regained the area, the industry was slow to recover. During the immediate post-war period the industry regained its importance, this time due to geo-politics. The resurgence in prestige for the Boryslav basin oil fields had more to do with politics than production.

During the Polish-Ukrainian War of 1918-1919 both sides tried to secure the basin. For the Ukrainians, it would give legitimacy to their movement towards independence, for Poles it could provide an economic and industrial foundation for their newly reborn nation. The Poles ended up as the victors, but the cost of victory was high. The French had provided decisive military assistance to help the Poles defeat Ukrainian resistance. In the war’s aftermath the French extracted a series of concessions that benefitted them much more than they did the Poles.

What little remains – Oil wells in a park at Boryslav, Ukraine (Credit: К.С.Павляк)

Black Gold – From Blessing To Tease

Galicia’s oil industry dwindled under the Second Polish Republic. This was not so much the fault of the Poles as the fact that the promised reserves of oil were nowhere to be found. The black gold beneath the soil of Galicia was slowly exhausted. The heady days where undreamed of wealth and prosperity seemed within reach, turned out to be illusory. The oil which had been extracted from Galicia was not so much a blessing, as it was a tease. Today, there are few traces left of the once massively industrialized landscape around Boryslav and Drohobych. What might have been now looks like what never was.