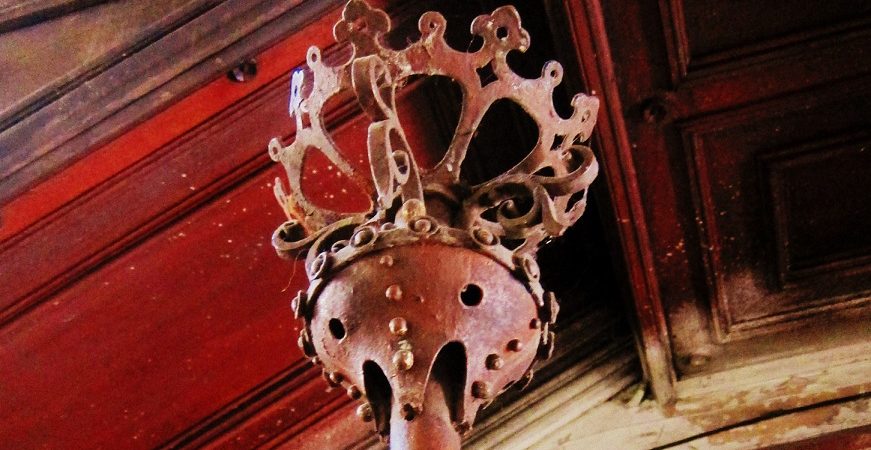 Before electricity, stairwells were lit up by candles, gas lamps, and other types of lighting. Lanterns were hung from hooks or poles high in the central area of the stairwell, or sometimes the stairwell’s newel posts, due to their prime location, functioned also as lamp posts.

Early newel posts burned oil or paraffin, but eventually were replaced by gas lighting. And ultimately, with the onset of electricity, electric wires replaced the gas supply tubes to bring electric light to the spaces.

Newel posts lamps came in huge array of styles, and often there was a glass shade around the flame.

The newel post lamps that I’ve found in Lviv, however, are quite different than the examples I’ve been able to find online. And unfortunately, I haven’t had any luck finding information about Lviv’s interior lamp posts, so I’m not exactly sure of the details of how they worked.

I believe that the examples that I found date to the late 19th-early 20th centuries and burned gas. I’m not sure if they were ever repurposed to provide electric lighting.  Furthermore, many of them have parts missing and I wonder whether they had glass shades. I also wonder whether they could have acted as holders for lanterns, or if it was all one system.

But in any case, these have been out of use for decades. 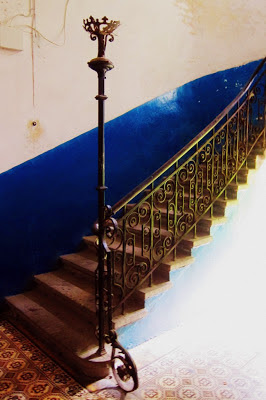 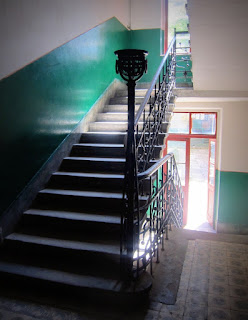 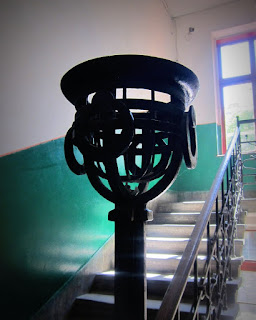 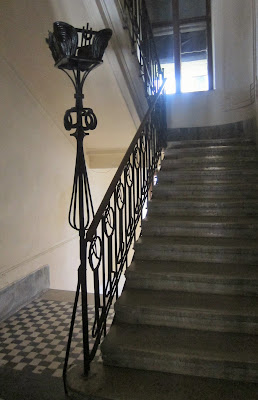 In this stairwell, there is also a lamp post on the second floor, but the top part is missing. 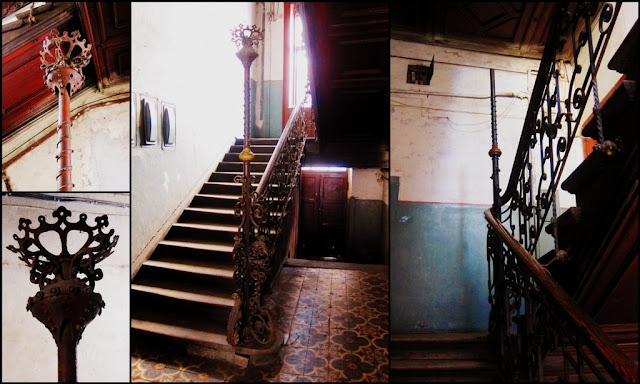 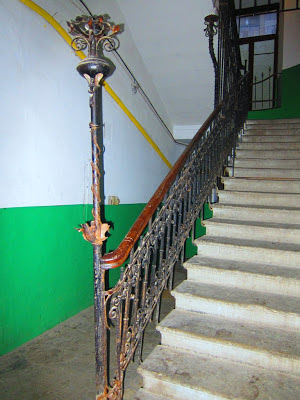 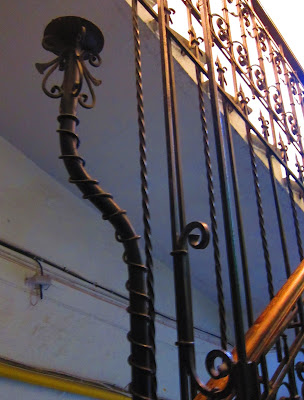 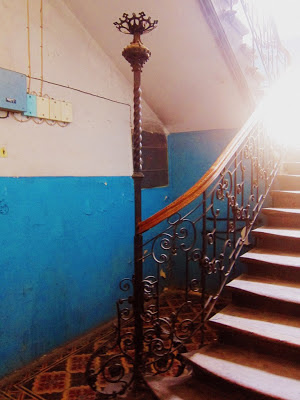 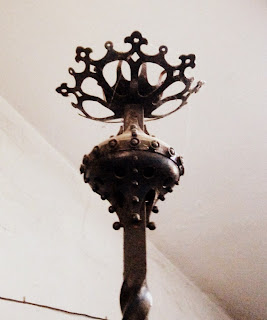 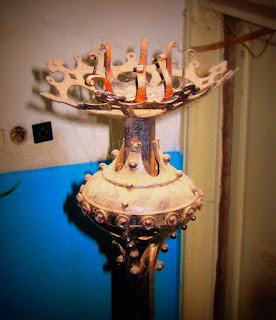 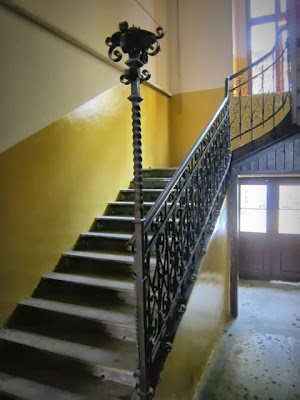 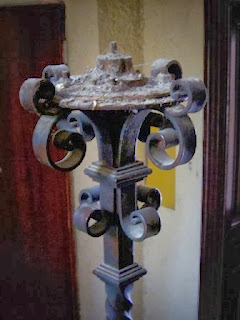 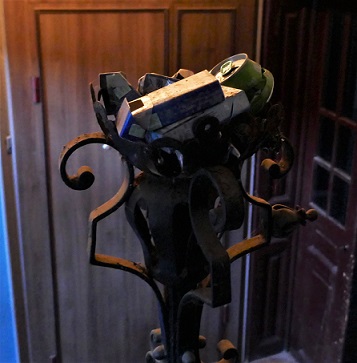 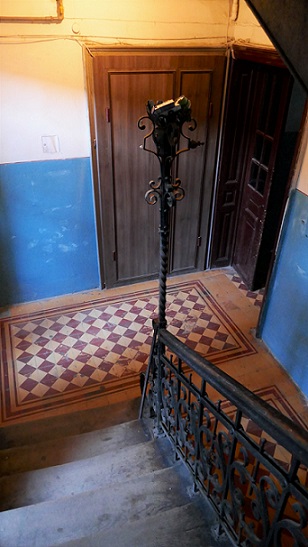 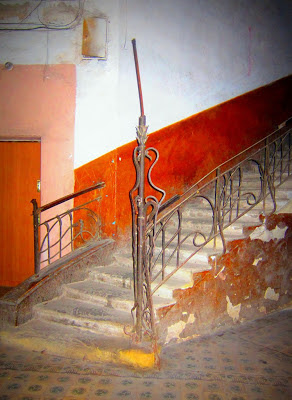 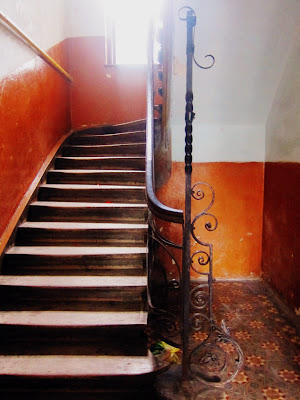 Ukrainian translation of this post can be found here.