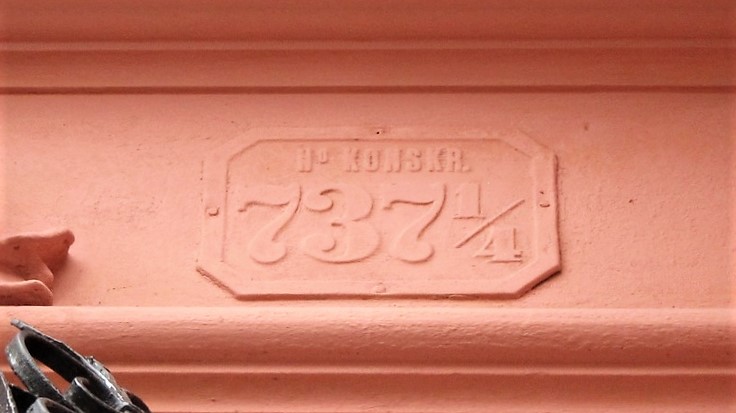 “House numbers, also called house conscription numbers, had their origins with the Austrian imperial regime’s need to know the names of all eligible men who could be drafted into the army when the need arose. A metal plaque with a number was attached to each house. With this number in the records of births, military officials could examine the transcripts in the bishop’s office and calculate the age of everyone in a particular house,” from John D. Pihach’s Ukrainian Genealogy.

The first conscription numbers, especially in the city center, were given in sequential order to already existing buildings (beginning with the city hall). But as new buildings were built, they received the next available number. So, for the most part, the conscription numbering system was chronological.

In addition to the city center (Середмістя), Lviv was divided into four districts: 1 – Halytska, 2 – Krakivska, 3 – Zhovkivska, 4 – Brodivska (later Lychakivska). Thus each conscription number that was attached to a building in one of these districts also included a fraction showing in which district out of the 4 the building was located. The lower the conscription number, the older the building was in the district.

It is also worth noting that the boundaries of the districts changed throughout the years, albeit not significantly. Also, conscription numbers of certain buildings and/or plots may have changed — for example, if an old plot was redivided it could have been given new numbers, or if a building was torn down the new one could have received a new one.

In 1871 sequential numbering and official street names were introduced, but conscription numbers were used by builders until the beginning of the twentieth century.

The vast majority are located on the exterior of the buildings. But I did come across an example of one located inside a building (I saw many such examples in Vienna, and one example in Przemyśl).

Three examples from the city center, hence without district numbers:

Examples from other districts

Conscription numbers can also be found integrated into architectural details, as seen here:

Here what seems to be a conscription number is displayed on the window panes above a door. “L.” is likely short for “liczba” (Polish for number) but not sure what “Katr.” is short for. Maybe it could be a typo.

Collection of old street signs, including two conscription numbers, in the courtyard of the restaurant Kupol: