n Riga I found a manhole cover dating from 1901. Upon researching it later, I realized it was made by the Swedish company called Stockholms Allmänna Telefonaktiebolag. 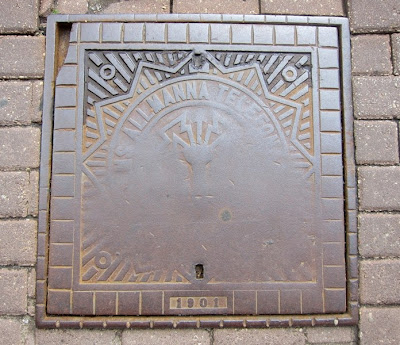 I was curious why a Swedish-made manhole cover would have been installed in Riga in 1901, as Latvia was then under Russian rule. But I read that at that time the company Ericsson had many contacts with Russia, and in the late 1800s was delivering telephone exchanges to Russia. The first telephone exchange was installed in Kyiv in 1893 and was followed by Kharkiv (1896), Rostov (1897), and Riga, Kazan and Tbilisi (1900).