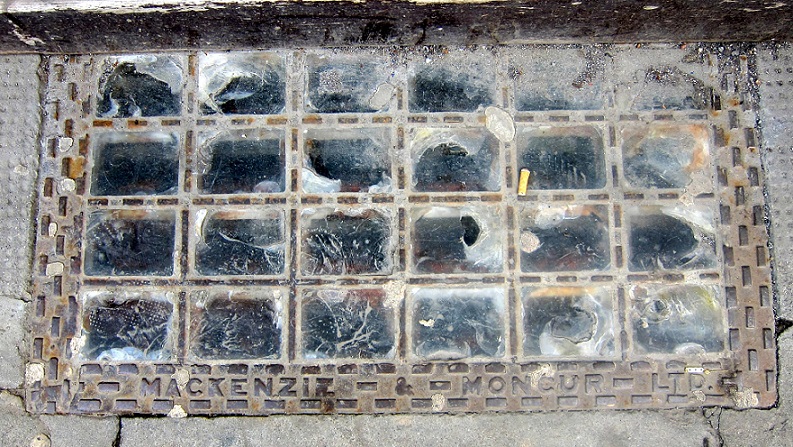 Vault lights are glass prisms set into sidewalks to let light into basements below. I first came across a vault light in Lviv, but I didn’t know what it was until I saw them in Edinburgh and Tallinn and started researching what they were. 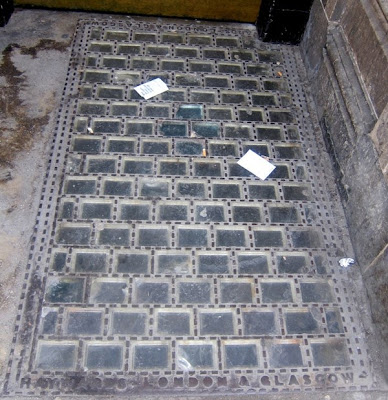 In Edinburgh, I found a vault light made by the Hayward Brothers, an important company in the business as they improved the design of these panels.

In 1848, Hayward Brothers was established. Their main products were ironwork: ranges, stoves, coal plates, circular and spiral staircases, and ventilators. Shortly after 1857, they started to produce iron pavement lights glazed with rough cast glass. And in 1871 one of the brother’s patents, “Improvements in Pavement Lighting,” brought about a significant improvement to the product.

“Before then, lighting basements had been problematic. Open gratings let in light, but were open to the weather as well, and hard to stand and walk on; slab glass in iron frames was better, but admitted only a small amount of useful light; triangular glasses had been tried, but were not well designed, and threw most of the incident light back out again. Edward’s idea was to split the triangular light in half: now the rays of light entering the top were throw horizontally into the space below, lighting areas deep inside.” 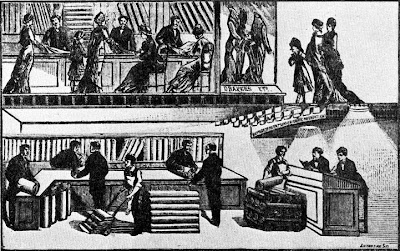 Mackenzie & Moncur Ltd, founded around 1850, manufactured and constructed hothouses in Scotland and part of England. They also specialized in the manufacture of vault lights. 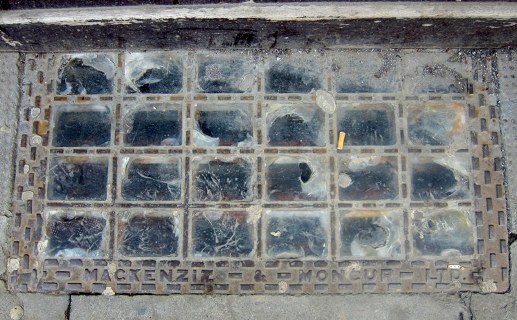 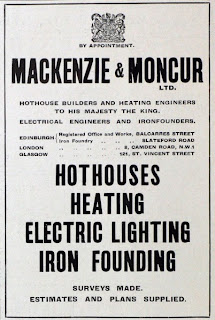 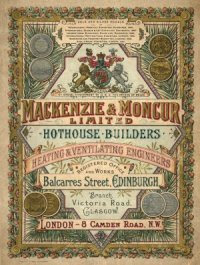