The Kurkowe Confraternity (later the Riflemen Society) arose out of the need to defend Lviv: in wartime it engaged in the defense of the city, while in times of peace it ensured citizens were trained in shooting. In later centuries, it became an elite club, its members being the city’s most respected residents. Founded in the fifteenth century, the society is Lviv’s oldest confraternity. After the completion in 1445 of the city’s fortification walls with 17 defense towers, a municipal defense system was organized, in which separate guilds took on the responsibility of maintaining, arming, and defending each of the towers. Furthermore, a strzeleckie (shooting/riflemen) society—at first with bows and crossbows, later with rifles—was established to train citizens.

To become a full-fledged member of a guild, a craftsman had to donate a weapon for the defense of the tower as well as regularly attend military trainings and competitions. The target used in these exercises was shaped like a rooster (Polish: kurek), which became the symbol of the society as well as inspired the name—Bractwo Kurkowe (Kurkowe Confraternity).

Members of the society were practically all craftsmen of Lviv. Furthermore, every burgher possessed a personal weapon. According to Yuriy Okhrimenko, in the staircases of some houses in the central part of the city one can still see special niches for their storage. (I have yet to find one.) In 1825-1829, a new strzelnica with rooms for meetings and celebrations was built, which today is located at Lysenka 23a. In 1870-1871 this building was reconstructed. Today it houses the Museum of the Liberation Struggle of Ukraine.

A fun fact: In 1872, the society received permission to build Lviv’s first bowling alley, which funcitioned until 1939. Іn 1899, an admistrative building was built nearby, which today is located at Lysenka 23. Although now a residential building, one can still see reminder of its past—a rooster-shaped wind vane. After Galicia came part of the Soviet Union in 1939, the society disbanded—after almost half a millennium of existence.

How the strzelnica looks today: A couple of the prewar street signs with the old name of the street (ul. Kurkowa) can still be found: 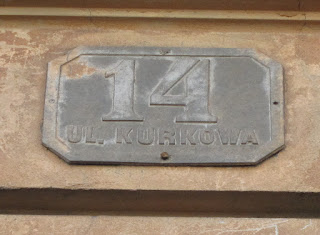 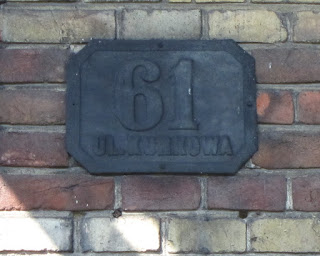