Medieval ads and signs have survived in and around Lviv’s Rynok Square. These are metal signs or stone carvings located above entrance ways. The emblems marked the locations of guilds, workshops, stores, taverns, etc. Signage during this era used symbols since the general populace was illiterate. Entrances to taverns were […]

END_OF_DOCUMENT_TOKEN_TO_BE_REPLACED 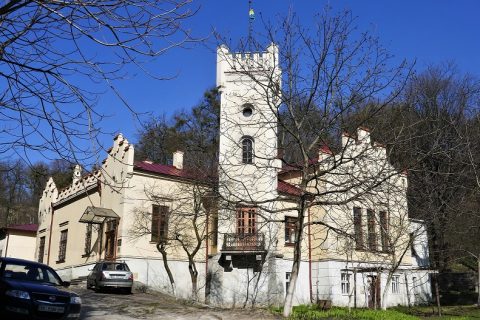 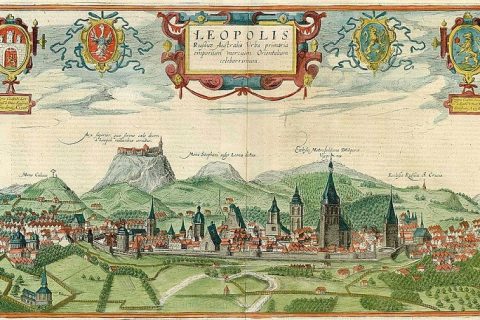 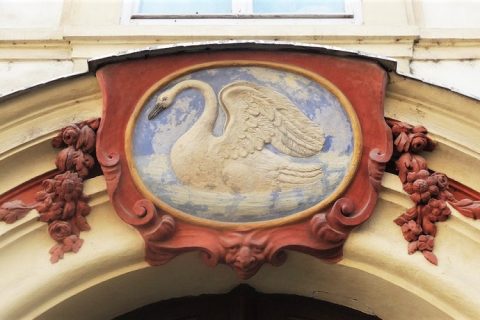 Before Empress Maria Theresa introduced identifying numbers to Prague in 1770, houses were known and located by allegorical symbols. Many of them originally had alchemical significance. The Two Suns The Golden Key Castle goldsmiths lived in this house in the 17th century They paid fees to the city and thus […] 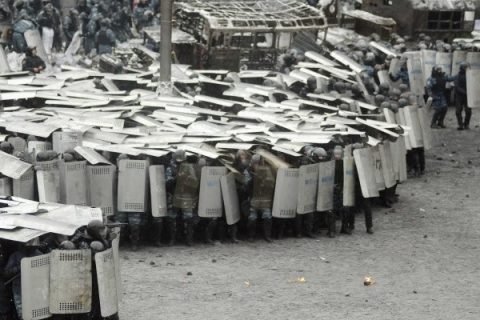 “When your government goes medieval on you, it’s time to get medieval back.” This post is about the medieval tactics, armour, and weaponry that were used during Ukraine’s recent revolution. For nearly 3 months Kyiv’s Independence Square (Maidan) was the revolution’s main battlefield, where the antigovernment protesters fought back the […] 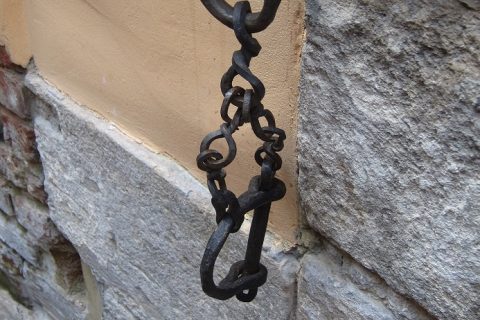 In Lviv’s Passage Andreolli, which leads from 28 Rynok Square (built 1760s-1770s) to Teatralna Street, is a chain (handcuff or fetter) that once was in front of the City Hall. Women were chained to it by the arm or leg so that they would think about their behavior. 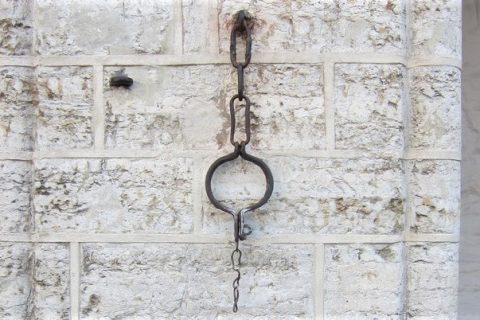 This neck ring is attached to a pillar of the Town Hall in Tallinn. It was used to punish people for small crimes.