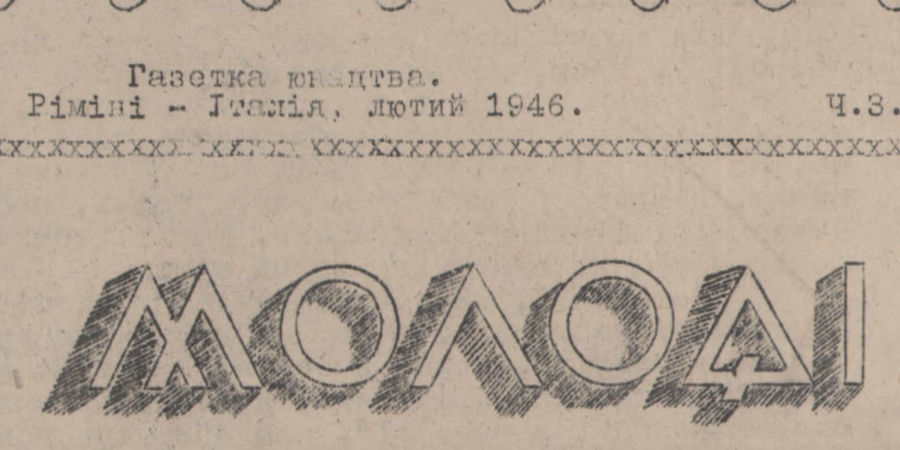 People in Ukraine are usually perplexed when they see Ukrainians from the diaspora write their Дs like this:

However, in the American and Canadian diasporas, this is an extremely common way of handwriting the letter Д — that is, a triangle with a leg inside as opposed to a flat-top triangle with two legs outside as is common in Ukraine. When and why did the diaspora start writing like this?

We’ll use the following in this article as the terminology for the main styles of writing a Д. There is infinite variation within these styles, but they capture the most common forms:

Examples in the Diaspora

The Tree-Д is much more common in handwriting than in print. This makes it difficult to find examples of it, as most publications are either typeset using a standard Cyrillic font or handwritten in cursive, but if you look hard enough you can find examples.

What’s interesting about this one is that there is a mix of Tree-Д and Normal-Д even within a single phrase.

When did it appear in the diaspora?

After a pretty exhaustive search, we couldn’t find examples of the Tree-Д in any diaspora works predating WWII. There were triangle-top normal-Дs, but that was the closest we could find.

Antin and his son Taras frequently worked together. Taras was a Plastun and wrote the Plast song “Гей-гу, гей-га” in 1930.

Дядинюк was in the OUN propaganda arm, designing posters and such for OUN. He would have known Лев Лепкий, another artist in that group, around 1930 (source). Лепкий was author of the Plast song “Молоді ми” in 1948, and was very influential in the resurgence of Plast after WWII.

Ultimately we weren’t able to track down a very concrete origin story. It seems to have originated in the late 1920s to early 1930s and its spread closely followed the spread of Plast, but that’s about all we really know right now.

If you have any other 20th century examples of Tree-Дs, please send them our way so we can add them to the list and try to hone in more closely on the origin!

1 thought on “Why Does the Diaspora Write Their Дs So Strangely?”