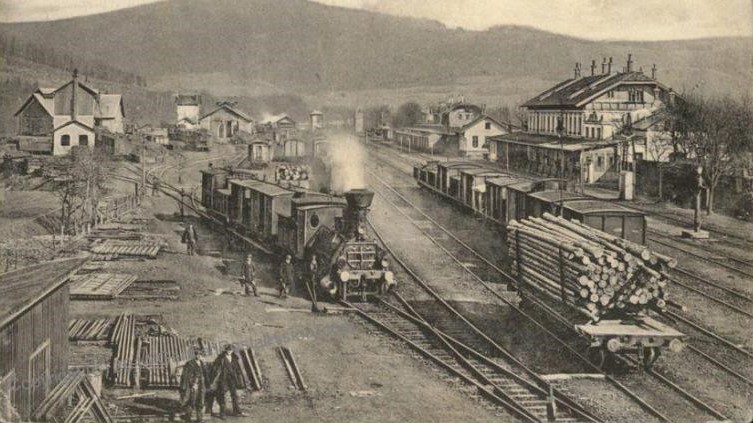 “To know me, you must think of me in terms of what Austria was like in 1906, when I was born. Austria in those days was a huge monarchy of 56 million people – the Austro-Hungarian Empire. The monarchy seemed indestructible.”– Billy Wilder

One of Hollywood’s greatest movie directors, Billy Wilder, came from a land far away from the sun baked streets and glittering fame of southern California. He was born Samuel Wilder in 1902, the second son of Max and Eugenia Wilder in the town of Sucha, located in the northern reaches of the Carpathian Mountains. The area was then part of the Austro-Hungarian crown land known as the Kingdom of Galicia and Lodomeria. The Wilders were Jewish and like many of their ethnic kin in the area made a living in trade. Their son Billy (his mother is said to have nicknamed him Billy after the famous Wild West showman Buffalo Bill Cody) would follow in the footsteps of so many Galician Jews by eventually immigrating abroad, first within Europe and later to the United States. In Hollywood, Wilder would enjoy an amazing run of success with hit films such as Double Indemnity, Sunset Strip and Some Like It Hot. When it came to Galicia though, Billy Wilder was part of a human wave of Galician immigrants that might best be summed up as “Some Like It Not” concerning their homeland. Over a million Galicians fled abroad in search of opportunity and success, the kind which Wilder found in Hollywood. Yet those early years in Galicia had a long lasting effect upon the way he saw people and drama. It provided fertile ground for Wilder’s later creative instincts. For it was in the wilds of Galicia that he had his first encounters with the dark, duplicitous side of human affairs.

The village of Sucha, Austria-Hungary (present day Sucha Beskidza, Poland) was transformed by the coming of the railroad during the latter part of the 19th century. The state-owned Galician Transversal Railway arrived in 1884, placing a railway station at the village. The line ran just north of the Carpathians, connecting the villages and towns it ran through with the wider world. The railway turned out to be a double boon for Sucha. While the main line ran east-west, at Sucha a branch line was also constructed heading north to the city of Krakow. The village thus became a vital railway junction. Travelers changing trains spent hours at the station. They could also now travel in comfort and with ease to enjoy the natural beauty of the Carpathians.

The Wilders were able to take advantage of Sucha’s new found prominence, as proprietors of a café and cake shop at the village’s station. Eugenia Wilder’s family (the Baldingers) also owned a resort hotel in the area. It was here that Wilder first learned about the less desirable traits of humanity. In an interview given later in life, he remarked on his childhood experiences in the hotel, “I learned many things about human nature – none of them favorable.” What he must have witnessed and sensed as an impressionable young boy at the resort can only be imagined, but it also provides an explanation for the moral ambiguity and satirical wit that was characteristic of his films. Wilder learned to view people with a lens filtered through cynicism and mistrust.

“I Can’t Remember Anything About It”

The best thing that ever happened to Billy Wilder in Galicia was the day he left it. This was both the saving and making of his life. He had no idea of his future or that of Galicia at the time his parents moved the family to the fading imperial capital. He would complete his schooling in Vienna and take up a career in tabloid journalism. Soon he moved on to Berlin where he wrote film scripts until the Nazis took power. A short stint in Paris brought him his first work as a director before he left for the United States in 1934. A fortuitous move that ended up leading to a memorable filmmaking career. He would go on to win numerous Academy Awards as both screenwriter and director, while producing a bevy of box office hits.

Unfortunately some members of Wilder’s family, including his mother Eugenia stayed behind in Europe, ending up back in the lands that had once been part of the now vanished Galicia. During the interwar period Galicia had become part of Poland. When the Germans invaded at the start of World War II the eastern Polish lands were subjected to some of the worst excesses of the Holocaust. Later in life, Wilder would refer to what had happened in his homeland when he said, “The town where I was born is still there, but the country is gone. I can’t remember anything about it, but I guess my mother pushed my baby carriage on a street that is called Billy Wilder Avenue or something like that. If I had stayed there, I wouldn’t be here to tell the tale.” His mother was murdered in the Kraków-Płaszów concentration camp and his grandmother died in the ghetto at Nowy Targ, both were less than 60 kilometers away from Sucha.

After World War II ended Billy Wilder had another personal encounter with the Holocaust. As reported in his New York Times obituary in 2002 “In postwar Germany, Mr. Wilder was a colonel in the United States Army who oversaw a program that prevented former Nazis from working on films or in the theater. When asked by the director of the traditional Passion play in the town of Oberammergau if a former Nazi, Anton Lang, could play Jesus, Mr. Wilder responded, “Permission granted, but the nails have to be real.” This scathing comment was spot-on, but offered little solace for a man who had seen the destruction of several members of his family along with his entire country. Billy Wilder was one of a kind, so was the Galicia he had known and that had vanished forever.