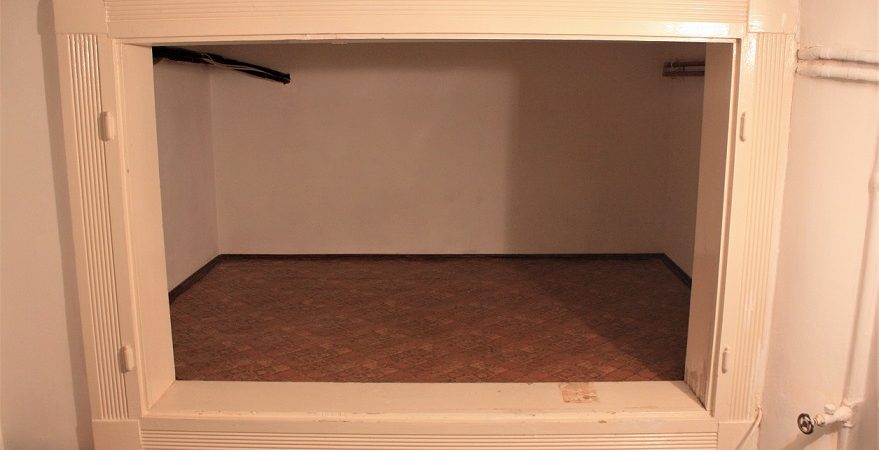 I suppose it was common for buildings in Lviv’s center and wealthier neighborhoods to have the architectural infrastructure for servants who lived with the families. These now largely antiquated architectural elements would have included a servant staircase, sleeping quarters, and a separate wash area.

Fortunately, the planning of my apartment hasn’t been changed since it was first built in the 1910-1920s, and many of these elements are still prominent.

At the far end of the kitchen there is a wooden staircase that used to lead to the first floor; however, after the war it was closed up. Where we now have a washing machine is where the servant’s toilet/washing area would have been.

The most interesting part is the servants’ sleeping quarters, for I haven’t come across anything similar in Lviv. In the corridor that leads from the main entrance hall to the kitchen there is a loft, which used to serve as a bedroom for the hired help. A wooden ladder leads to a small room. 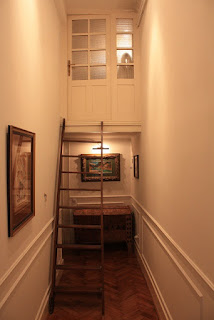 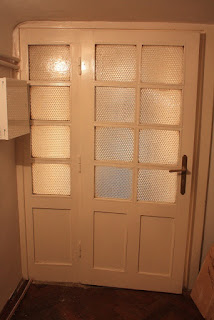 This first level would have been the bedroom 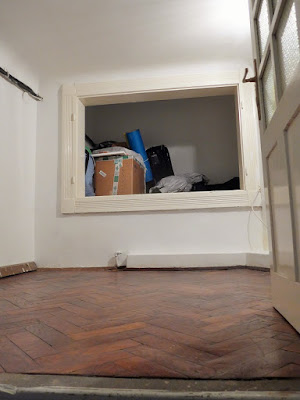 Here I’m assuming would have been a glass window to the lightwell, which let light from the ceiling of the building into each apartment all the way down to the first floor. Not sure when lightwell was blocked, but this space used to hold our water tank when there was no full-time water in the city center (until a few years ago). 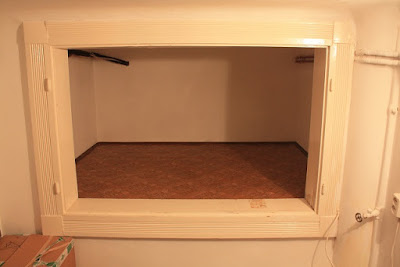 View from space of former lightwell 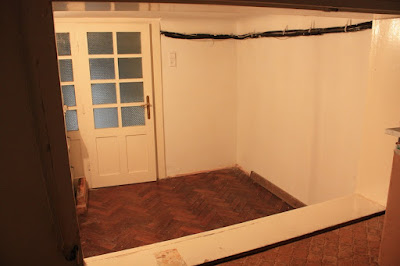