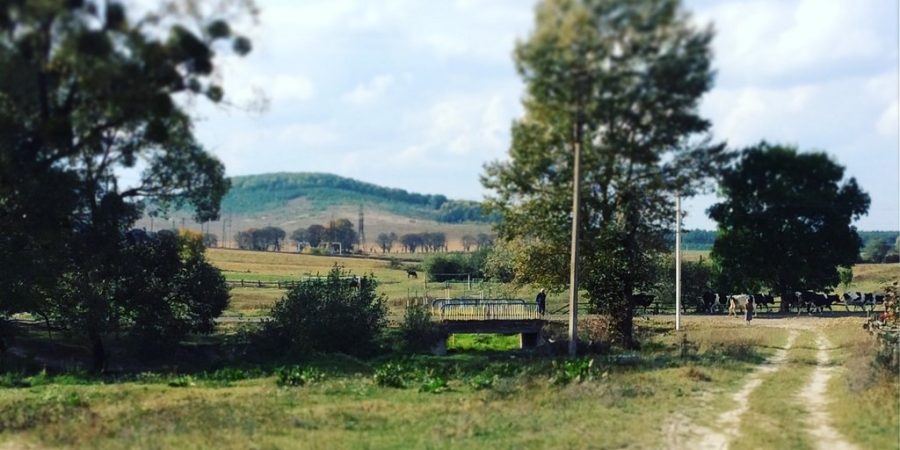 My great (x5) grandparents Feliks and Tekla Lipiński moved to the village of Koltiv (Kołtów) from Lviv in 1811. Feliks was invited by Count Józef Baworowski to his estate in the countryside to conduct his court orchestra. The former landlords, the Starzeńskis, built a beautiful garden house on a high hill where the court orchestra would often play. Feliks and Tekla’s son, the famous violinist and composer Karol Lipiński, often visited them in the village.

Nothing of the garden house, the palace, the graves of the noblemen or my relatives, or any other traces of these times remain. Much was destroyed during WWI, and in WWII Koltiv found itself on the front. While Brody is remembered for the “Brody Cauldron” when in 1944 the Red Army encircled Brody and destroyed the German forces, the neighboring region was called the “Koltiv Corridor,” due to the fact that the German front in the Koltiv area was shattered by the Soviet army, which broke through a narrow gap in the German lines. (There is even a game that simulates this military battle.)

This lithograph of Koltiv dates from 1837, coinciding with the era in which the Lipińskis lived there. I found a place near the river (now almost entirely dried up) looking up to where the palace would have been, which sort of matches up to the lithograph. Even the tree in the lower left corner of my picture looks similar to the one in the lithograph, but it’s very unlikely that it is the same one. 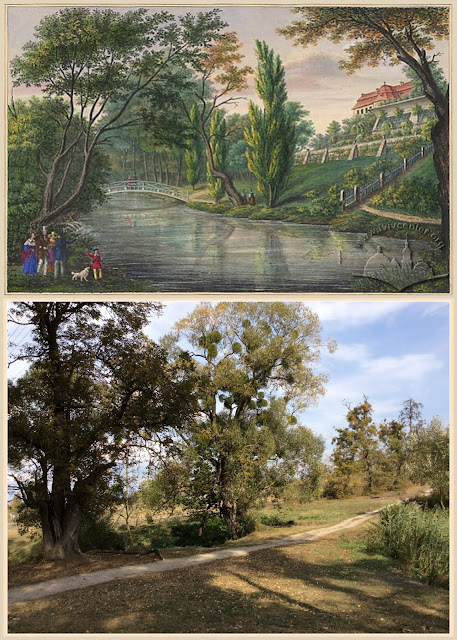 This is where the palace stood 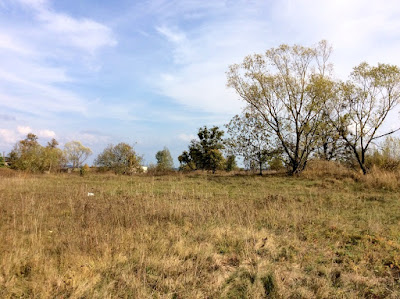 And this would have been the view from the palace 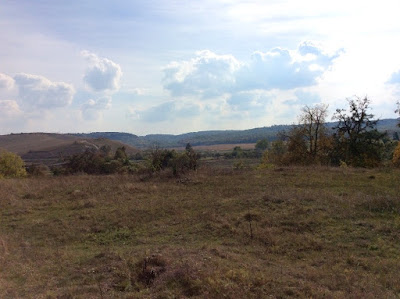 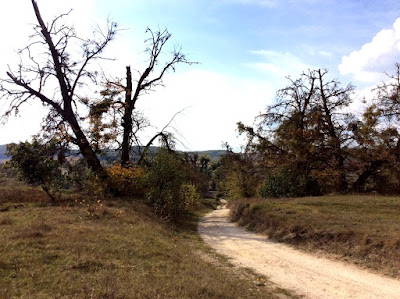 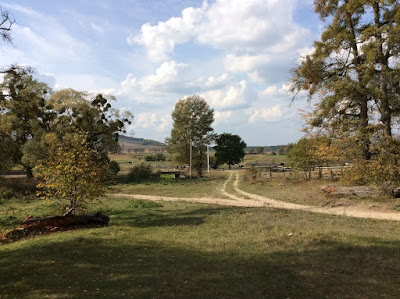 This is the old church in Koltiv, built by Baworowski in 1846. At one point it was quite destroyed, and later it was renovated. Although the style resembled a Roman Catholic church, it was always Greek Catholic. The Roman Catholic parish was located in a neighboring village – Sasiv. My grandparents (Tekla died in 1836 and Feliks in 1848) were buried near in the cemetery by the church. They say the church used to be one of the nicest in Galicia. 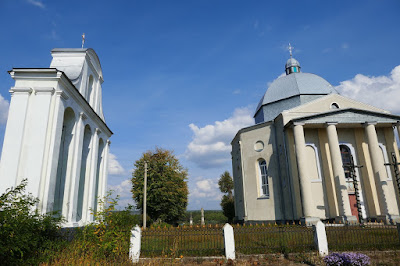 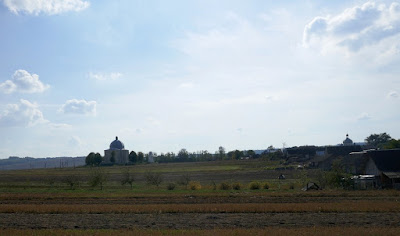 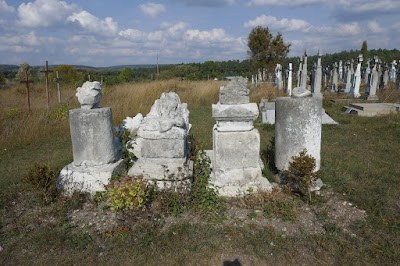 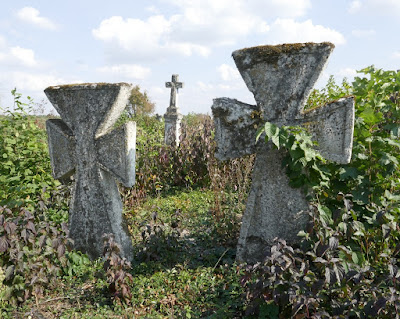 The village was mostly inhabited by Ukrainians. The Poles were generally the ones associated with the estate. Most of the graves in the old cemetery are in Ukrainian, but some can be found in Polish. Here is an example of graves which look identical in style, yet one is in Ukrainian and the other in Polish. 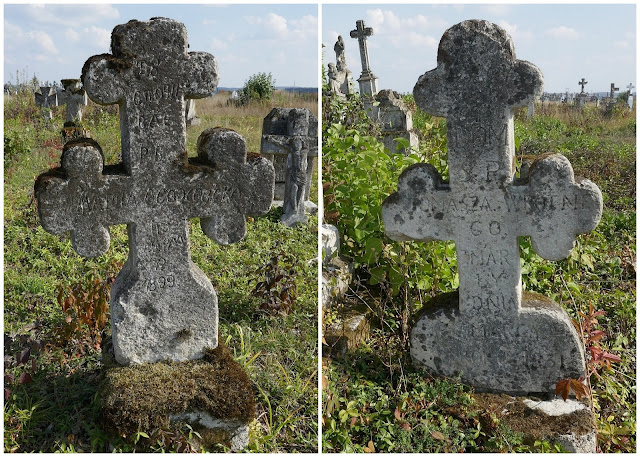 ***
The Baworowski family also had a palace in Lviv, where carnivals, balls, and concerts were held. Accordingly, Feliks and/or Karol Lipiński would have also spent time there as orchestra conductor. The palace was in a former arsenal (built in 1630), and today it houses a the Omelyan and Tetiana Antonovych Palace of Arts of the Stefanyk Scientific Library, on Doroshenka Street. 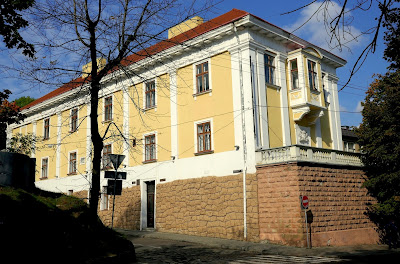 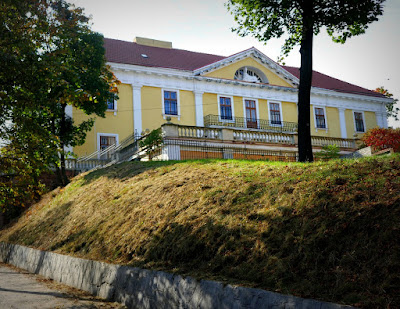 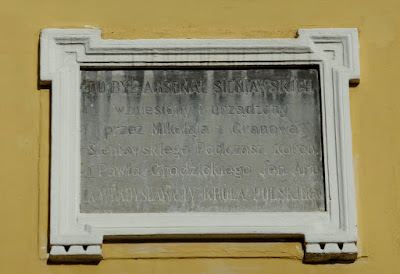 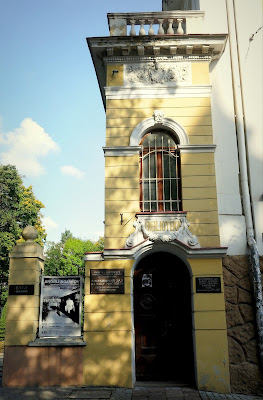 ***
In 1833 an important book was published in Lviv entitled Pieśni polskie i ruskie ludu galicyjskiego (Polish and Ruthenian Songs of the Galician People: 1833), which contained about 1,500 works, 160 of which had piano accompaniment composed by Karol Lipiński. An original copy of this book can be found in Olesko Castle.
Ivan Franko understood the significance of this publication: “This book was the first harbinger of our national rebirth. Only then did lettered Ruthenians become convinced that in their very midst, in the mouths of the simple, enserfed peasants, there lived songs and tales of which they could be proud before the world.” 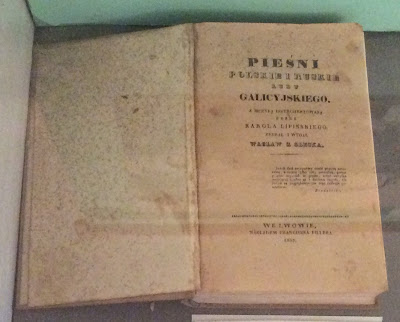 In fact, this book was one of the works that inspired Markiyan Shashkevych and the Ruska Triytsia (Ruthenian Triad) to compile and publish Rusalka Dnistrovaya, which is regarded as the first collection of Ukrainian literature in Western Ukraine (1837), and which had a decisive effect on the revival and development of Ukrainian literature in Galicia.
Markiyan and the other two members of the Ruska Triytsia studied at the Greek Catholic Theological Seminary in Lviv, which was located between Doroshenka and Kopernika Streets. Of the original buildings, only the baroque bell tower remains, which today houses a museum dedicated to the Rusalka Dnistrovaya. Nearby there is a monument to Markiyan Shashkevych. 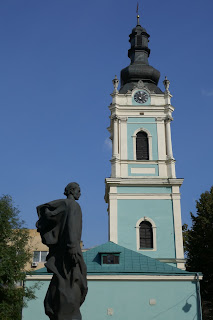