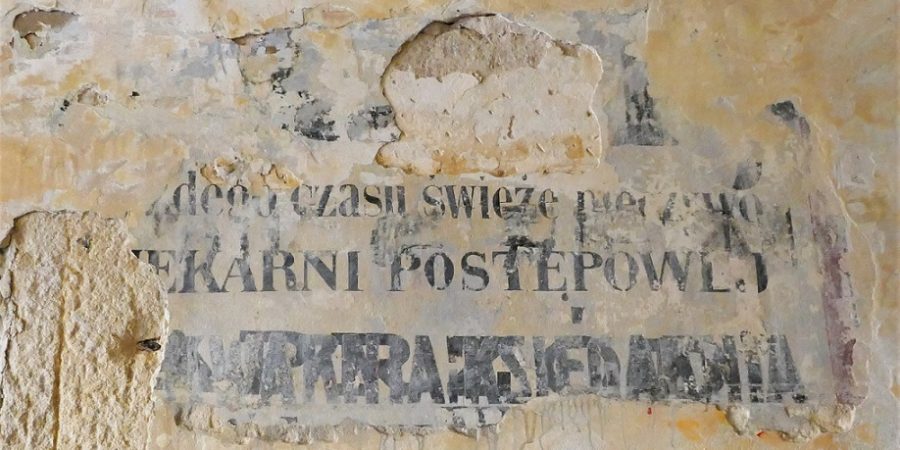 In May I came across newly uncovered ghost signs in Lviv’s Passage Andreolli. Several years ago a couple of very nice ghost signs were uncovered on the other side of the passage and fortunately they were promptly restored. However, I am uncertain about the fate of these.

One of the signs is similar to the one on the otherside which says “obuwie” (“shoes”). It looks like the one opposite says “apteka,” which means “pharmacy.” These are also multi-layered with older messages peering out from under the letters of newer messages and designs.

Before WWII a number of commercial establishments operated in the passage. During Soviet times the spaces were converted into apartments. Today, the passage is once again thriving with restaurants, cafes, and shops. The ghost signs remain as reminders of the passage’s former days as a bustling business area. 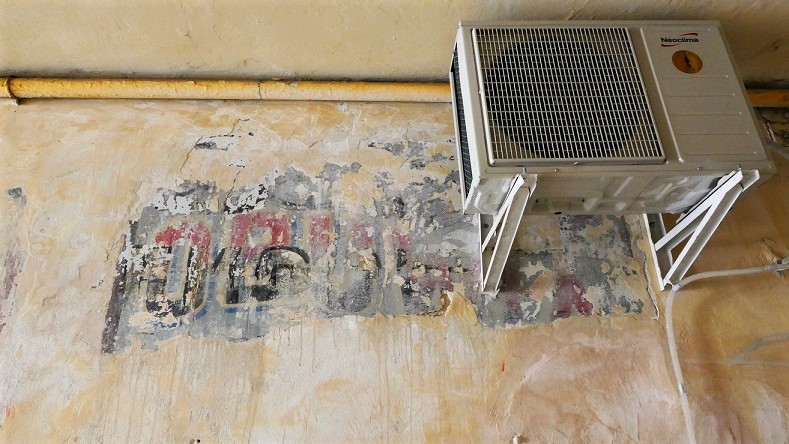 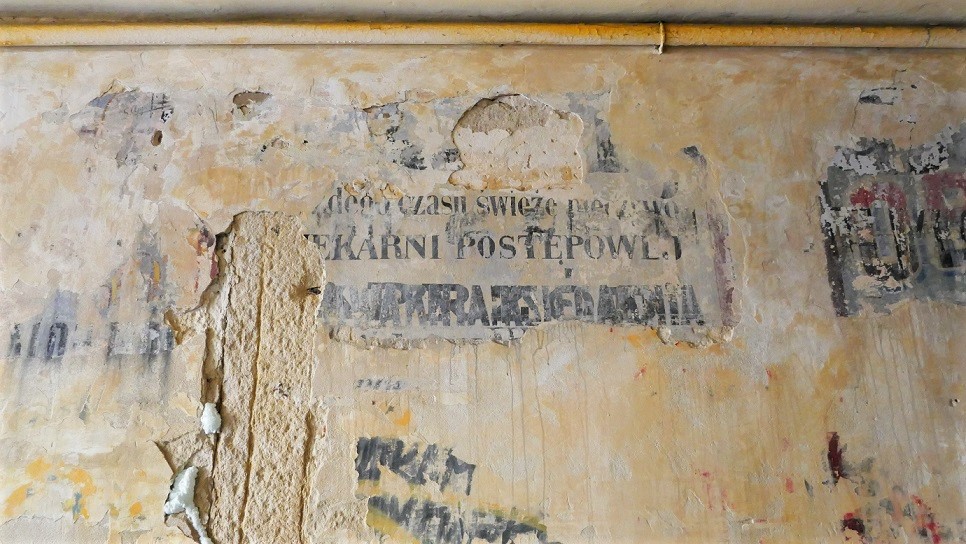 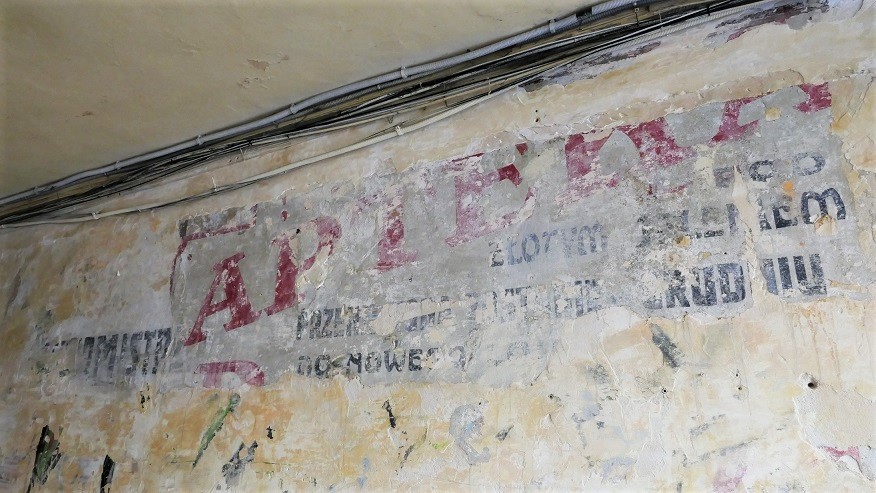