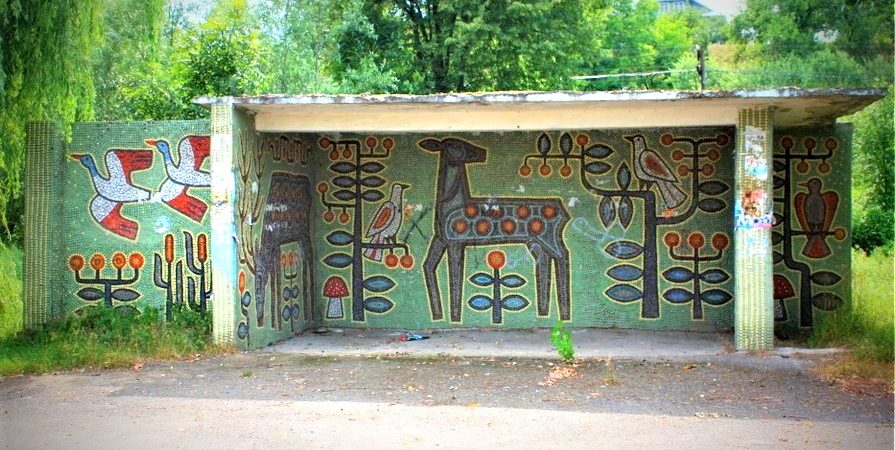 A couple of years ago my friend and I had the idea of documenting Ukraine’s Soviet-era bus stops, which remain in many villages across the country. The majority are decorated with mosaics and many have a distinct Soviet style of Socialist realism or Soviet pop art, but others styles include Cubo-Futurism, Expressionism, and folk art.

Some of the bus stops are in really bad shape — mosaic tiles missing, painted over, graffiteed; but others remain in rather good shape. I think some are quite beautiful actually; others are a bit too Soviet for me.

What makes them quite special is that that each one (and there must be thousands) is unique.

Recently a photoreport with dozens of pictures of these bus stops was published on a Ukrainian website. You can see many pictures of bus stops here.In any case, they are very interesting relics of the Soviet era. We never did start documenting them, but it seems that others have had the same idea. I’m glad that someone else took the initiative, because with time there will be fewer and fewer of them. 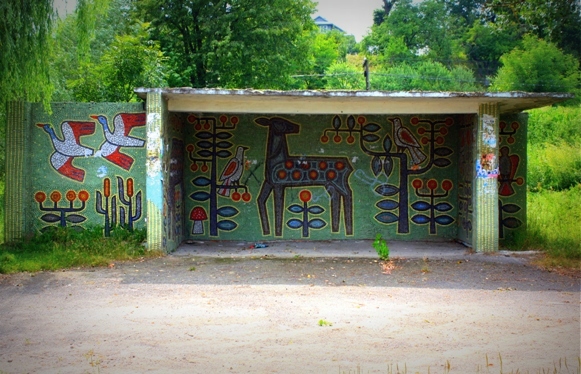 There is also a LiveJournal community dedicated to documenting them called Zupynka (bus stop).