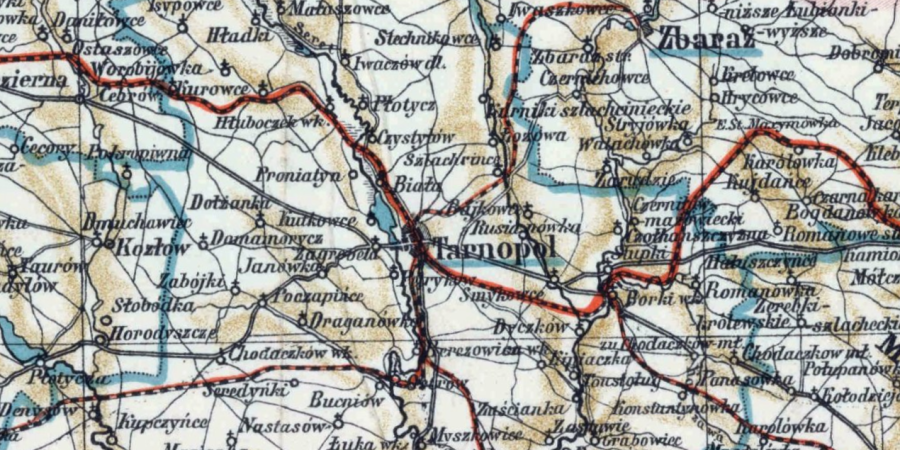 Food was simple in the village of Bila 100 years ago. The villagers ate what they grew, and depending on the season, meals could be bountiful or small.

My great aunt, Katherine Pylatiuk, described in her autobiography what her family ate on a typical day.

Breakfast was mashed potato with sauerkraut or sour milk.

Dinner, the main meal of the day, was kasha (buckwheat) or borscht, which was made from dried beans, sour beets, potatoes, cabbage and homemade noodles. The kasha could be prepared several ways, including pancakes. Supper was a baked potato and tea. In the winter, the family supper would include a herring, one fish for the family of eight children.  It was cut up, with the head going to the oldest person at the table, and the tail going to the youngest.  The rest of the fish was divided up to serve the number of people at the table.  Everybody ate from the same bowl, using only their fingers.  The only utensils they used were spoons to eat the soup.

In the summer, fresh corn was in season, and since there was so much, a person could eat as much as he or she wanted.

My great aunt Katherine Pylatiuk stated that she was “always hungry, it seemed as if there was never enough to eat.”  She said that her mother wasn’t a fancy cook, and that she didn’t always enjoy her mother’s cooking.

Although the family had ducks, chickens and a cow, they rarely ate any meat. The cow’s milk was for drinking, cooking and cheese making. The eggs were used for cooking and eating and to sell to a man who resold them in the city of Ternopil. They also had some cherry trees and raspberry bushes, and these fruits were a seasonal treat. Bread was baked once a week, always rye. The rye was raised and harvested by the family and ground into flour at a local mill. White bread was served only on the major holidays.

When the family worked in the fields harvesting their crops, they brought something to eat with them, usually bread and water. If the bread was eaten early in the day, that was it, there was nothing more to eat until the workday was over.

There was a tavern in the village, which was open only to men,where beer and whiskey was sold. The villagers often purchased liquor and drank it at home, accompanied by a piece of bread rubbed with a garlic clove and a chunk of salt pork. Women drank whiskey too, but someone had to go to the tavern and bring it back, since they were not allowed inside.

Holiday meals were the opposite of the meager everyday meals. The two major holidays, Christmas and Easter featured large meals with several courses. Fish was served at the Christmas Eve meal, along with several other meatless dishes. Meat was served on Easter, probably the only time during the year that the villagers ate it.

Weddings were eagerly anticipated, since they were a break from the everyday routine. It was a chance to celebrate a happy occasion as well as a chance to eat special foods like varenyky and white bread.

1 thought on “Life in the Galician Village of Bila: Food”