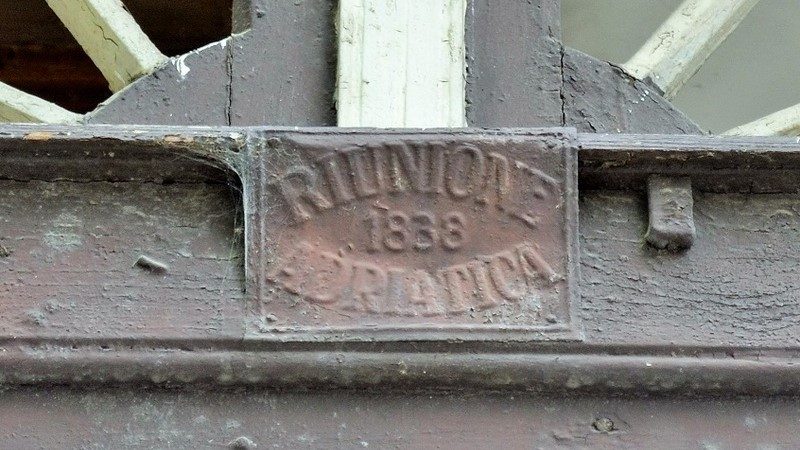 Riunione Adratica was an Italian insurance company specializing in fire insurance and cargo-transport insurance. The company was founded in 1838 in Trieste, which at that time was part of the Austro-Hungarian Empire.

“Almost immediately branch agencies or representative offices were opened in Athens; Budapest; Graz, Austria; Leghorn, Lugano, and Milan, Italy; Berlin; Kotor, Yugoslavia; Lvov, Russia; and Prague. In 1840, operations were expanded to include reinsurance, and in 1846, livestock coverage. By 1844, further agencies had been opened in Cologne; Gdansk, Poland; Florence; Hamburg; Nuremberg; Szczecin, Poland; and Warsaw.” More about the company can be found here.

Since Mukachevo came under Austrian control as part of the Kingdom of Hungary in the mid-eighteenth century, it explains why an Italian insurance company used to insure this building. The fire mark itself must date from sometime between 1838 and 1918.