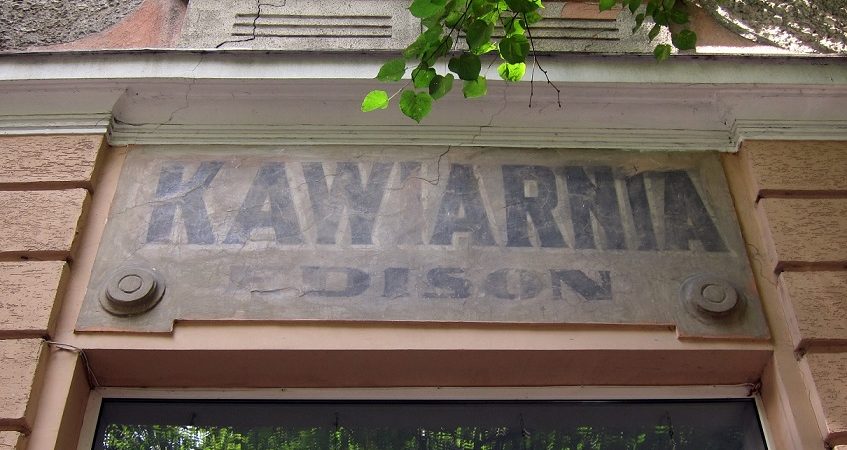 Ivano-Frankivsk, formerly Stanisławów or Stanislaviv, is a small historic city about 2.5 hours south-east of Lviv, located at the foothills of the Carpathians. It was built in the mid-17th century as a private fortress. Along with Lviv, in 1772 it became part of the Austrian Empire, then part of the Second Polish Republic in the interwar period, and then it fell under the Soviet Union.

Some Polish-language signage and a few other relics from the pre- and interwar period can still be found in the city.

Café Edison was opened in 1904. From an article about Passage Gartenbergów and Café Edison: “The café underwent different fates, together with the city. Today it does not exist. A few years ago, when the facade of the building was being renovated, an old inscription was revealed, which was last displayed in the interwar period. The owners who own the space of the former cafe decided to keep it. Praise them for it!” Now it is a bank. 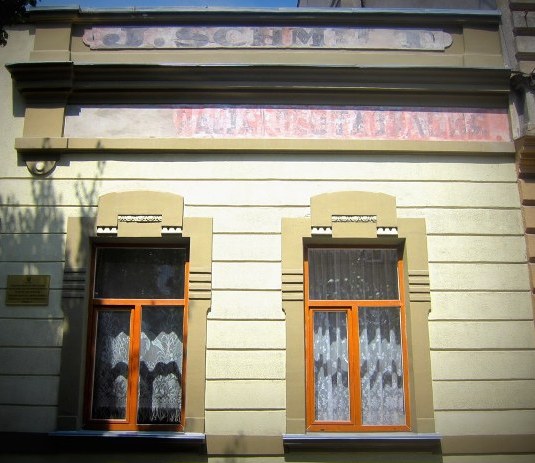 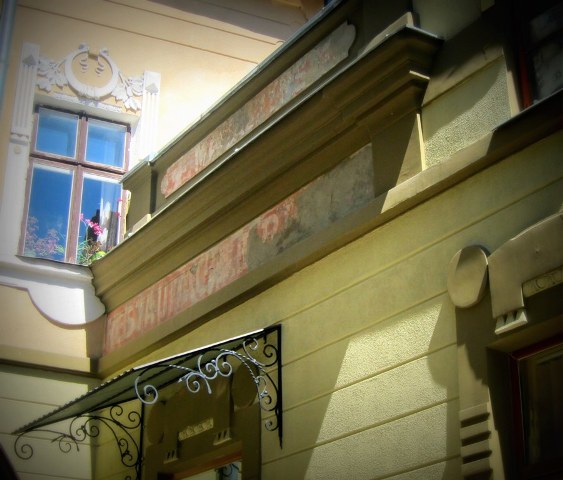