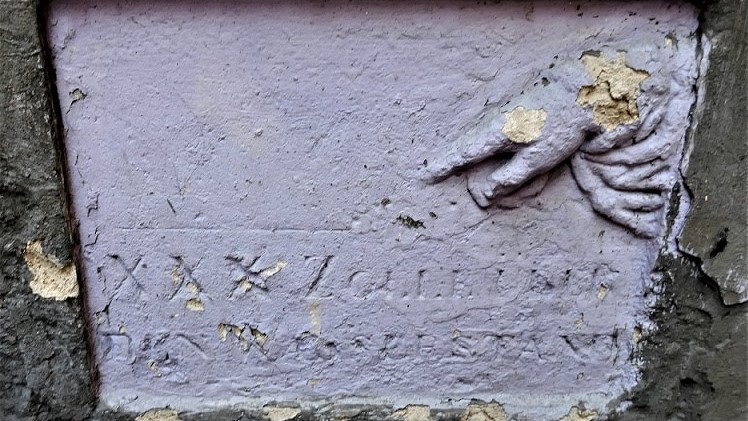 Another theory is that it’s not a benchmark, but rather a floodmark. It is located rather close to where the Poltva River runs under the city, so it may mark a level reached by a bad flood. Such floodmarks can be found around the world; for example, I came across one in Prague.

Other questions remain about this mysterious relic, in particular, the date it was created. Does it date to the era of the Austrian Empire, to when the building on which it is located was constructed (1911)? Or maybe it dates even earlier and was moved from a different location or moved from a foundation of an older building in its place. Or is it in German because it was from the German occupation of Lviv during WWII? I tend to think it’s from the Austrian era, but have found no further information about this unique remnant of the past.