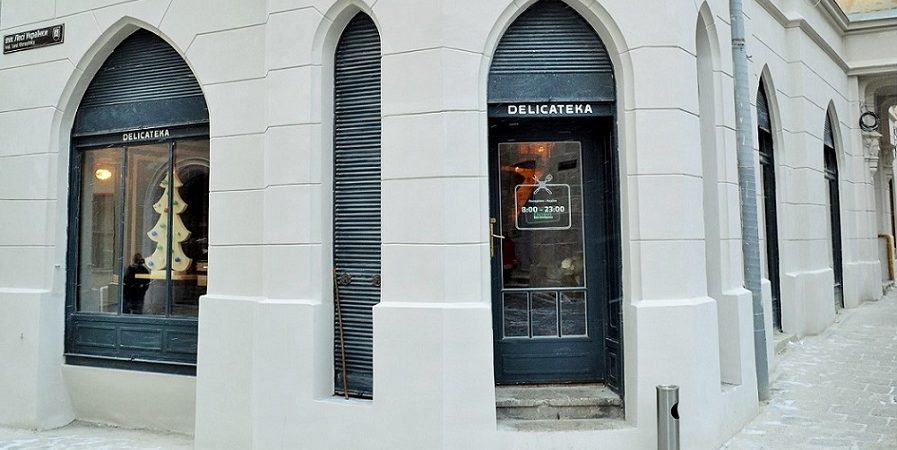 A new burger joint opened up in an Austrian-era building near Lviv’s Rynok Square. It was built as a revenue house by Ukrainian sculptor and architect Mykhailo Makovych in 1912. The following year it also housed a small traders association.

Fortunately, when the owners of the new establishment renovated the space, they preserved the 100-year-old Vienna-made metal roller shutters. They also kept and renovated the locksmith’s manufacturer’s mark on the front door.

Roller shutters made by E.S. Rosenthal can still be found in Vienna, as seen here. And here’s my original post about Lviv’s antique roller shutters.

P.S. The burgers are quite tasty, and in my opinion the veggie burger is the best in Lviv 🙂