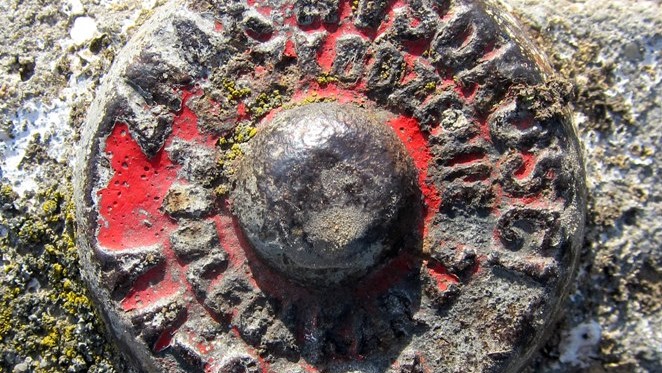 I found an old benchmark in Przemyśl, Poland, located on a little post near the city’s central river, the San. You can read more about benchmarks in this post about Lviv’s benchmarks.

The outer ring reads “Znak Wysokosci” (Height Marker), followed by 2 letters and 4 numbers, looks like AA-0001, which means it was probably the first one in the series from this period (1947-1955). The inner ring reads “Uszkodzenie Podlega Karze” (Damage Is Punishable) 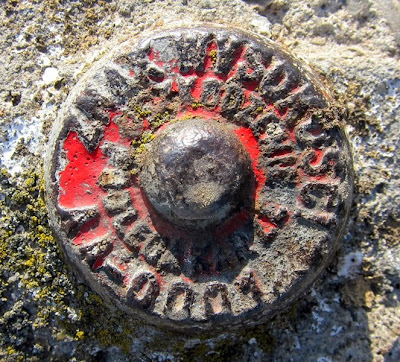