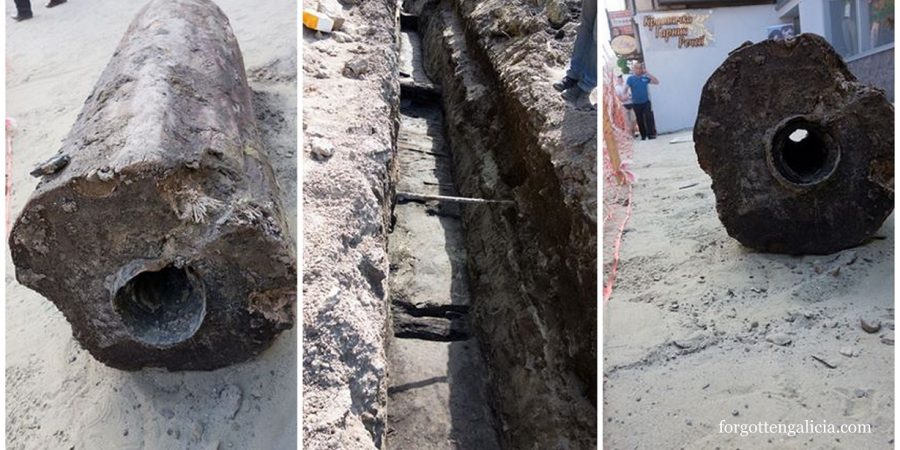 In 2013 when one Lviv’s main thoroughfares, Horodotska Street, was being renovated, the construction workers found wooden water pipes that dated from the early years of the Austrian Empire, making them well over 150 years old. These pipes were made by taking wood logs, digging out the core, and placing inside a zinc pipe for waterproofing. 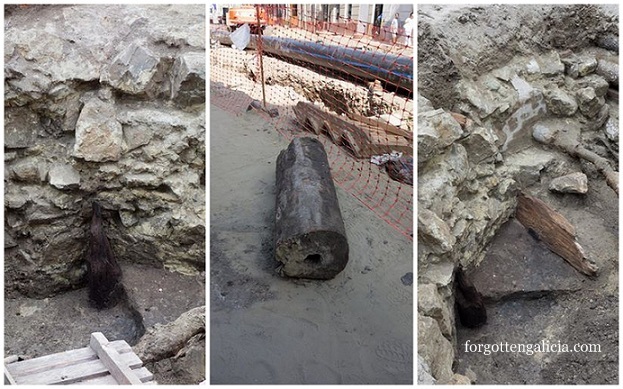 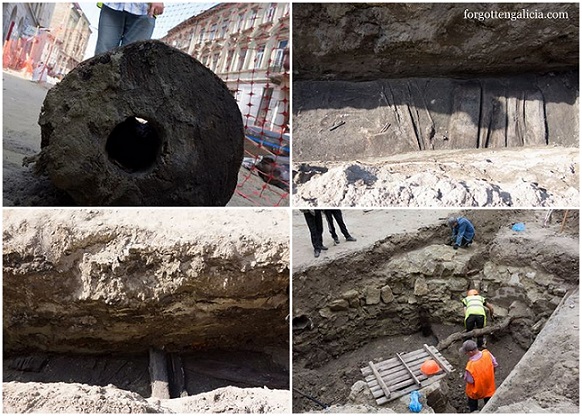