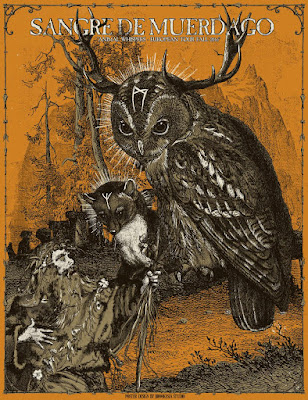 Two regions in the world are named Galicia—the one in east-central Europe that I have dedicated my blog to, and one in Spain’s northwest. Like the eastern Galicia, the one on the Iberian peninsula has a special musical, cultural, and linguistic heritage. Based out of this region is the group Sangre de Muerdago, which plays “Galician Folk songs to heal and roam, to dance and love.” I was moved by their music and especially by “The Secrets of the Red Fox.”

“Before humans started building with concrete and steel, much earlier before machines reigned, and the steam locomotive was invented. There was a little red fox that wandered through the woods of the Iberian northwest, in a land where its people were known as the Galaicos.

“This red fox liked to listen to the melodies of the leaves and the stones, to the songs of the streams and flowers, and she sung and sung and whistled as she wandered through the forests looking for food and adventures.

“Until one day she knew so many songs, more songs than any other red fox in those woods. Even more songs than the ravens themselves. Afraid of forgetting those beautiful melodies, she decided to start writing a little book with her favourite songs. The book had a cover of moss and paper of birch bark, and on its pages she wrote and drew. Many centuries later, these are our attempts to interpret some of those melodies once lost and found again, that carried in their notes an essence of times long gone. And with it we want to honor that little red fox.

“We also want to honor the traditional melodies from Galicia and Bretagne you’ll find in this record, the melodies of Milladoiro, the best folk band ever existed. And of course our own celebration of life and music, since some of these melodies where found in Pablo’s pockets written in old pieces of paper in a forgotten language.”

“-The little red fox said: ‘Sing, sing to the Moon, sing to the trees and the stars, for their songs are never gone.'”

An article about the new EP can be found here: Sangre de Muerdago’s Galician Forest Folk Brings Spain’s Past to Life