The Austrian-era ones use the German name for the city, Czernowitz. The ones made by Pittel & Brausewetter company include Wien (Vienna). This company was founded in 1870 in Bratislava and in the early 20th century expanded to many locations in the Austro-Hungarian Empire. But as the company’s headquarters weren’t moved to Vienna until 1926, I am a little confused as to when these manhole covers are from. I suppose it is possible that the P&B ones are from the interwar period. 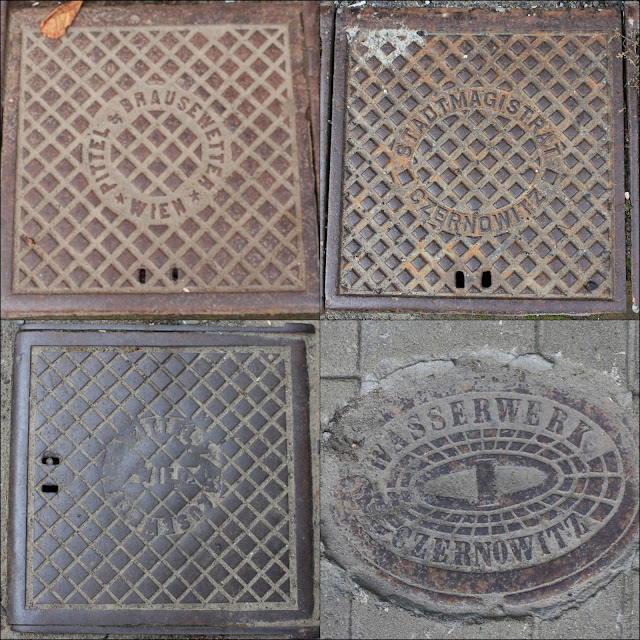 The Romanian-era companies used the Romanian name for the city, Cernauti, and included either the name of the company or the word municipiul (municipality). 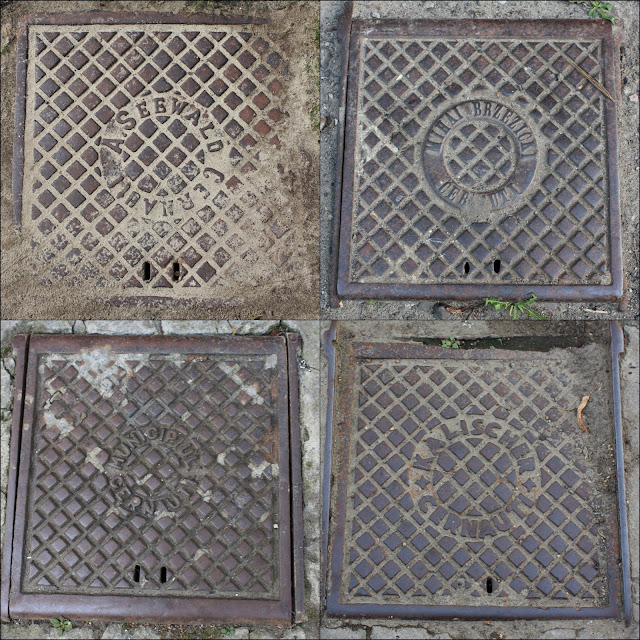 I also found a telephone manhole with the inscription: Societatea Anonima Romana – De Telefoane, which translates as Romanian Anonymous Telephone Society. The society was founded in 1930. 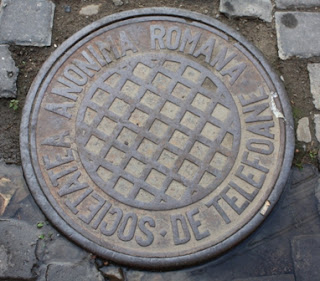