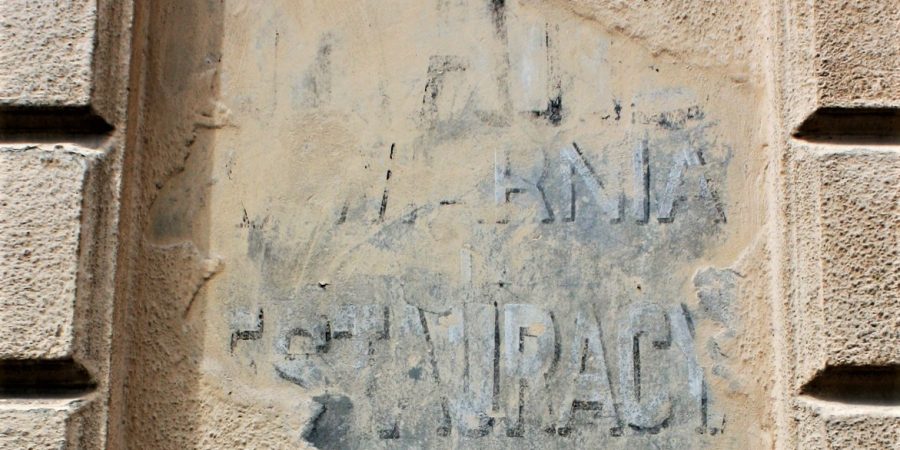 In the 1800s and early 1900s (and probably earlier), many of my ancestors lived in Brody, including some Polish and German ancestors. However, since Brody was severely destroyed during the wars of the last century and because many of my relatives were forced to flee, very few traces of their lives remain, and other traces have been all but forgotten. Only the school where my grandfather was the director and a former Greek Catholic (now Orthodox) church that some of my relatives attended still stand. 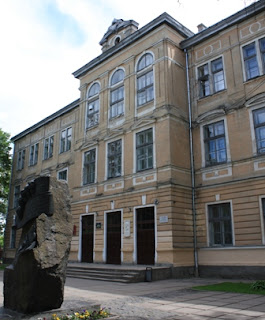 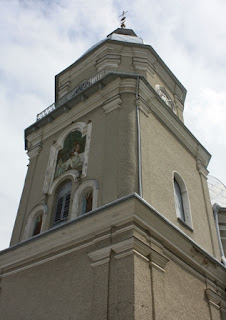 The locations of a couple of graves are known, but they are inaccessible now because the cemeteries are overgrown.

But many of the houses, other graves, and other traces of their lives were destroyed, forgotten, lost…

Few collective remnants remain as well. I only found a couple of ghost signs and a few other relics from before the wars. I’m glad at least a few of these remain, because when I see them, I feel closer to my ancestors who lived and walked these streets, who read these signs…

On the Destruction of Brody

In 1920 during the Polish-Soviet War, Brody was the site of heavy destruction by both Polish and Russian forces.

After the outbreak of World War II in September 1939, Brody was occupied by the Red Army. Between June 26-30, 1941, a tank battle was fought nearby between the German and Soviet forces. The night of June 28-29, the Germans seized Brody, which they controlled for the next three years.

In the summer of 1944, the Red Army encircled Brody and destroyed the German forces, including Galicia Division soldiers. Because of the large number of casualties and massive destruction, the battle of is known as Бродівський котел (the Brody Cauldron). Almost 2,000 homes were completely destroyed, especially in the city center around the square.

1 thought on “Traces of the Past in Brody”