Buildings in Prague have two numbers: a descriptive number (číslo popisné) and a reference number (číslo orientační). The descriptive number is unique within one cadastral area. Today these numbers can be found on red plaques, but the original numbers were either painted or engraved onto the buildings or etched onto the front door windows (as is the case with conscription numbers in places like Lviv and Vienna).

In the nineteenth century, Prague’s buildings were given new orientation numbers, which are arranged sequentially within the street or square and are meant to help one find a particular house on a street. Today these numbers are found on blue plaques.

“The first descriptive numbering was ordered by Maria Theresa in 1770 and implemented in 1770–1771. The series was given successively as the soldiers went through the settlement describing houses with numbers. Thereafter, every new house was allocated the next number sequentially, irrespective of its location. Most villages still use their original number series from 1770–1771. In cities, houses have been renumbered once or more often in order to be sequential—the first wave of renumbering came in 1805–1815. In 1857, the Austrian Emperor allowed a new system of numbering by streets. This new system was introduced in the biggest cities (Prague, Brno) in the 1860s. In 1884, land registration books were introduced and they used the old (description) numbers as a permanent and stable identifier of buildings. The new (orientation) numbers continue to be used concurrently,” from Wikipedia. 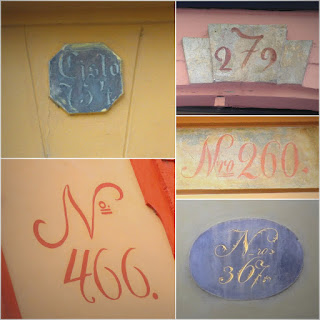 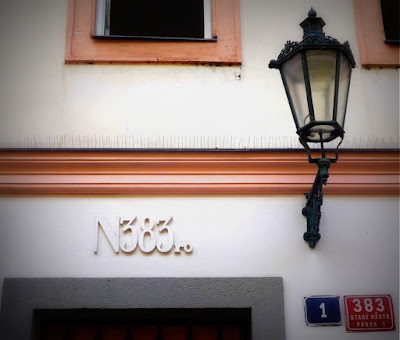 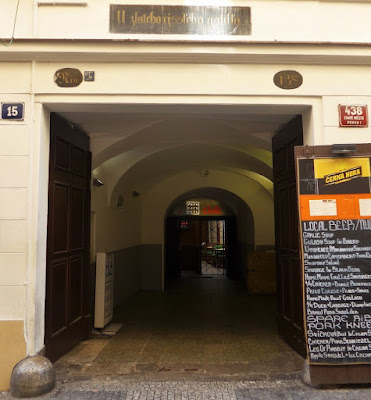 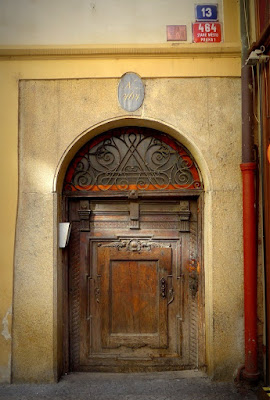 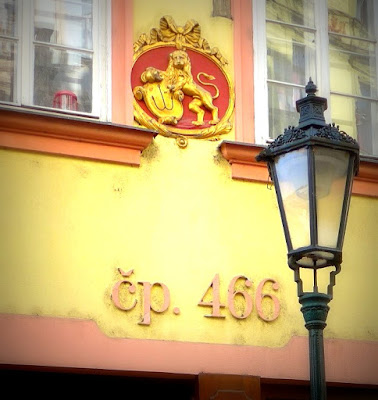 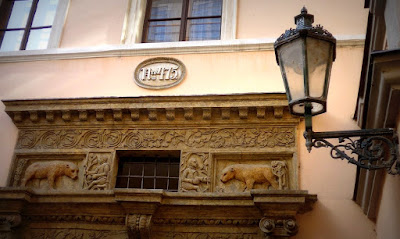 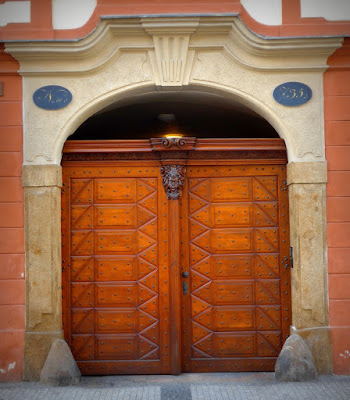 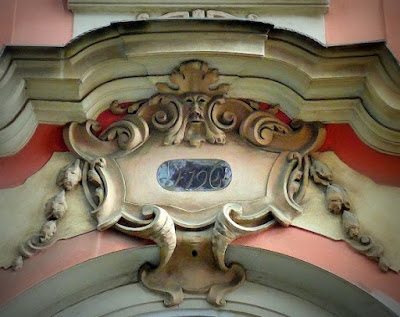 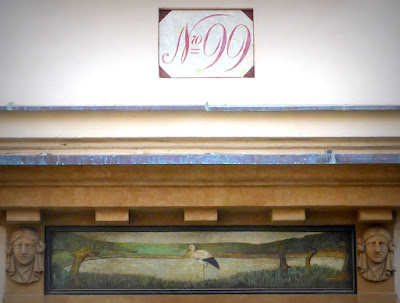 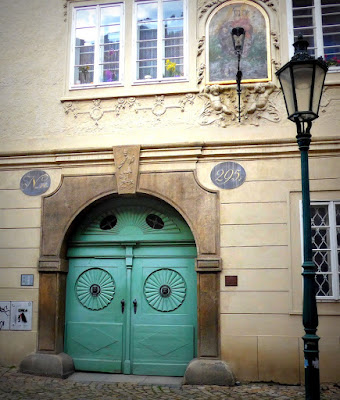 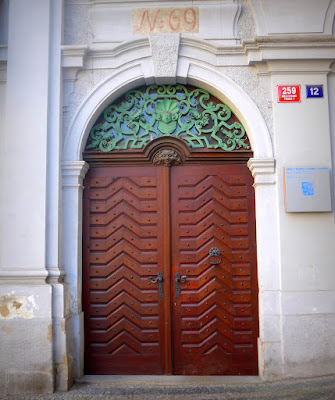 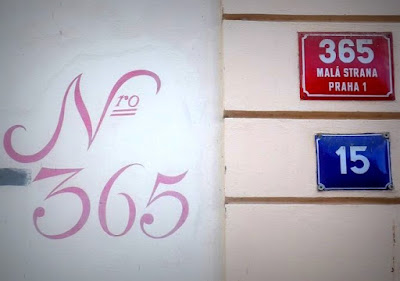 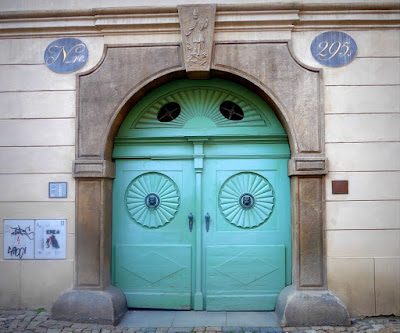 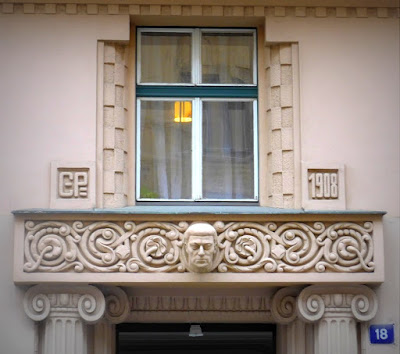 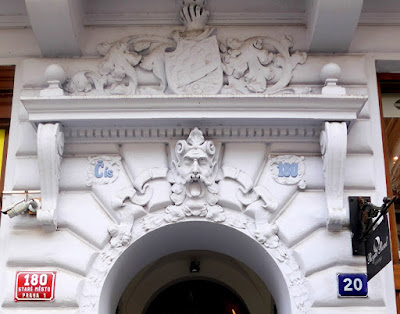 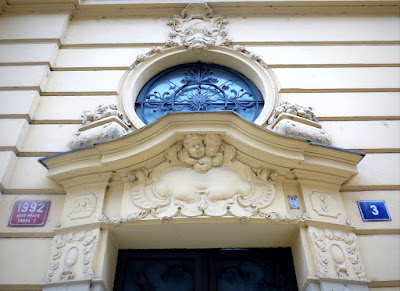 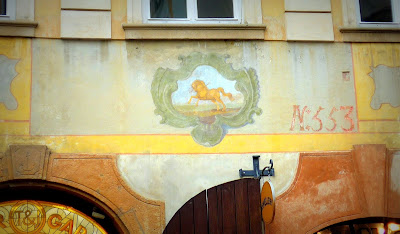 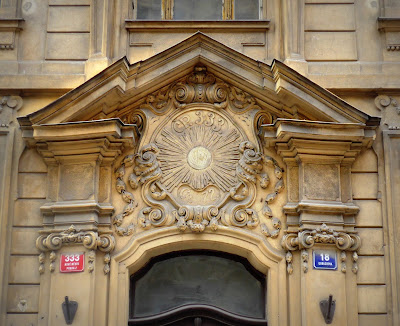 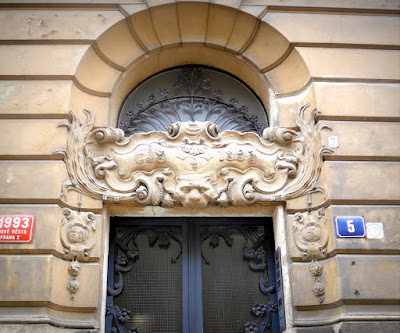 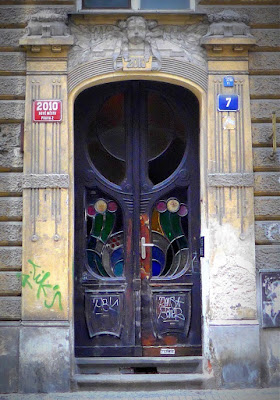 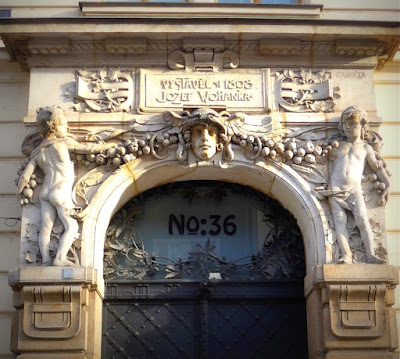 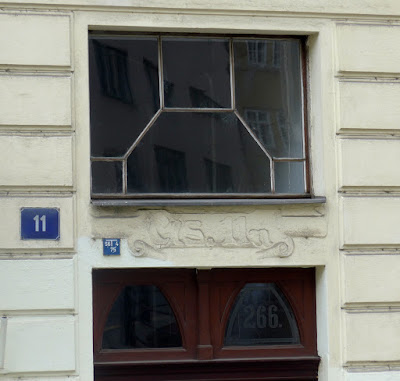 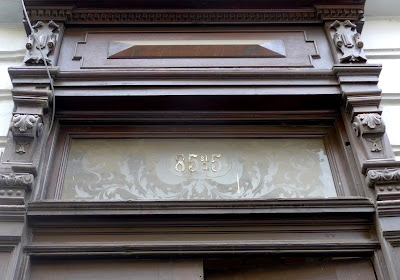 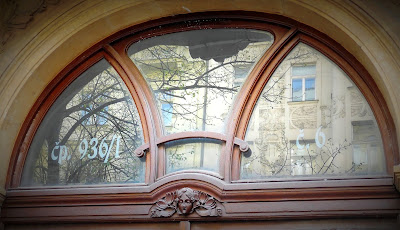 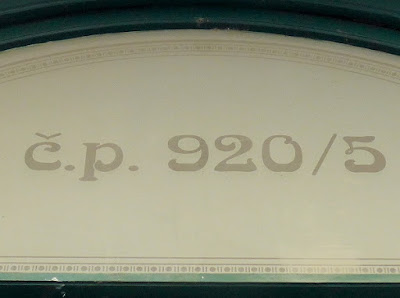