The first water supply system in Lviv was built in 1407. The ​​German Peter Schtecher was responsible for drafting the plans for the construction of cisterns and water pipes. As information about the work associated with the laying of water pipes was strictly classified, no documents with the precise locations of the early water supply facilities have been found. The first cisterns are likely to have been located on the Lychakiv hills, east of Lviv.

The Pohulyanka cistern, or Brunnestube as it was once called, is located on a steep hillside in Pohulyanka Park. According to Pavlo Hrankin, the construction and architecture of the cistern, in particular the type of vault and the use of broken stone instead of crafted stone blocks, are signs that the cistern itself may date to the fifteenth century. Furthermore, due to its location, it is was probably supplied by one of Lviv’s most important springs, Wenglin. The Wenglin spring, first mentioned in 1407, supplied drinking water to the four fountains on the Rynok Square around the city hall and to several nearby streets. 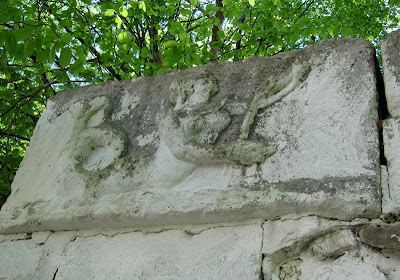 In 1839 the current façade of the cistern was built and the interior vaults were renovated. The two massive buttresses are decorated with reliefs of sea nymphs (Nereids) holding gifts of the sea: shells and branches of coral. The author of these reliefs, according to Yuriy Biryulov, is Paul Eutele (1804-1889). 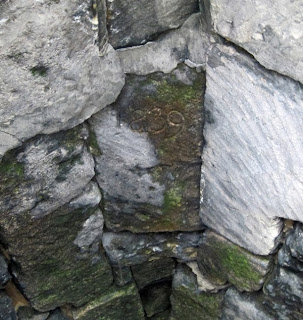