The building at 3 Drukarska Street was built c. 1543, and was owned by Stanislaw Schtansl Scholtz. The building later become known as “Under the Mother of God” because of a statue of the Virgin Mary on the façade. In 1858 the building housed the St. Sophia Association of the Blind. Goods that arrived to Lviv were kept in stored in the courtyard of the building. At the end of the nineteenth century the building was demolished because it had fallen in disrepair. Interestingly, the picture of the original building shows nineteenth-century ghost signs. Judging from the signs, there was a warehouse for paper (sklad papieru) and in the building to the right paraffin (kerosene) oil (nafta niezapalna) was sold.

The new building, which was built in 1898, was designed by the architect Jan Lewiński. The façade also had a sculpture of the Mother of God. Starting in 1900 it housed Jan Muszyński’s vodka and liqueur factory (founded in 1894). His factory specialized in fruit and berry liqueurs and later in liqueurs and fruit processing. Next to the factory was the company’s store and a warehouse for tea and coffee. The name of the factory’s owner as well as the names of some of the products sold in the store were painted on the façade. Traces of the signs are still visible today, and there was even text in Ukrainian, which is rare to find (the majority of the signage before WWII was in Polish). The factory closed when the Soviets took control of Lviv in 1939 and the signs lost their purpose and began to fades…

In 1998 a new scuplutre of the Mary of God was installed on the building in place of the original one which had been destroyed under the Soviets.

In early 2014 the local chain of restaurants opened a new themed establishment called Пошта (Poshta). The interior is made to look like a late nineteenth-century post office and the restaurant specializes in pies and fruit liqueurs/infused vodkas (I now know why ;-)). The façade was renovated but most of the ghost signs remained. New old-style signage was added – the word “post office” is written in various languages on wood panels, which are secured to the building. 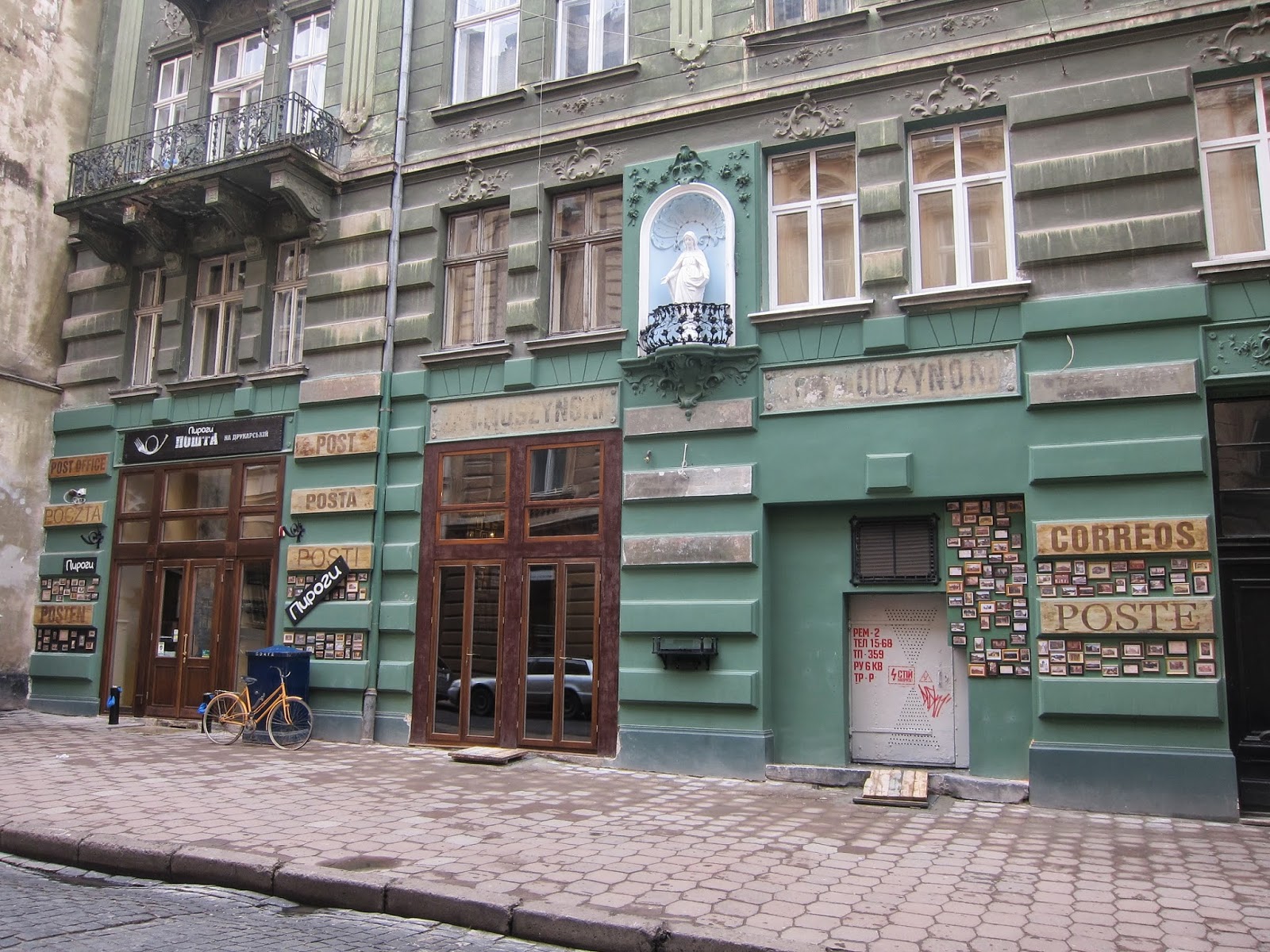 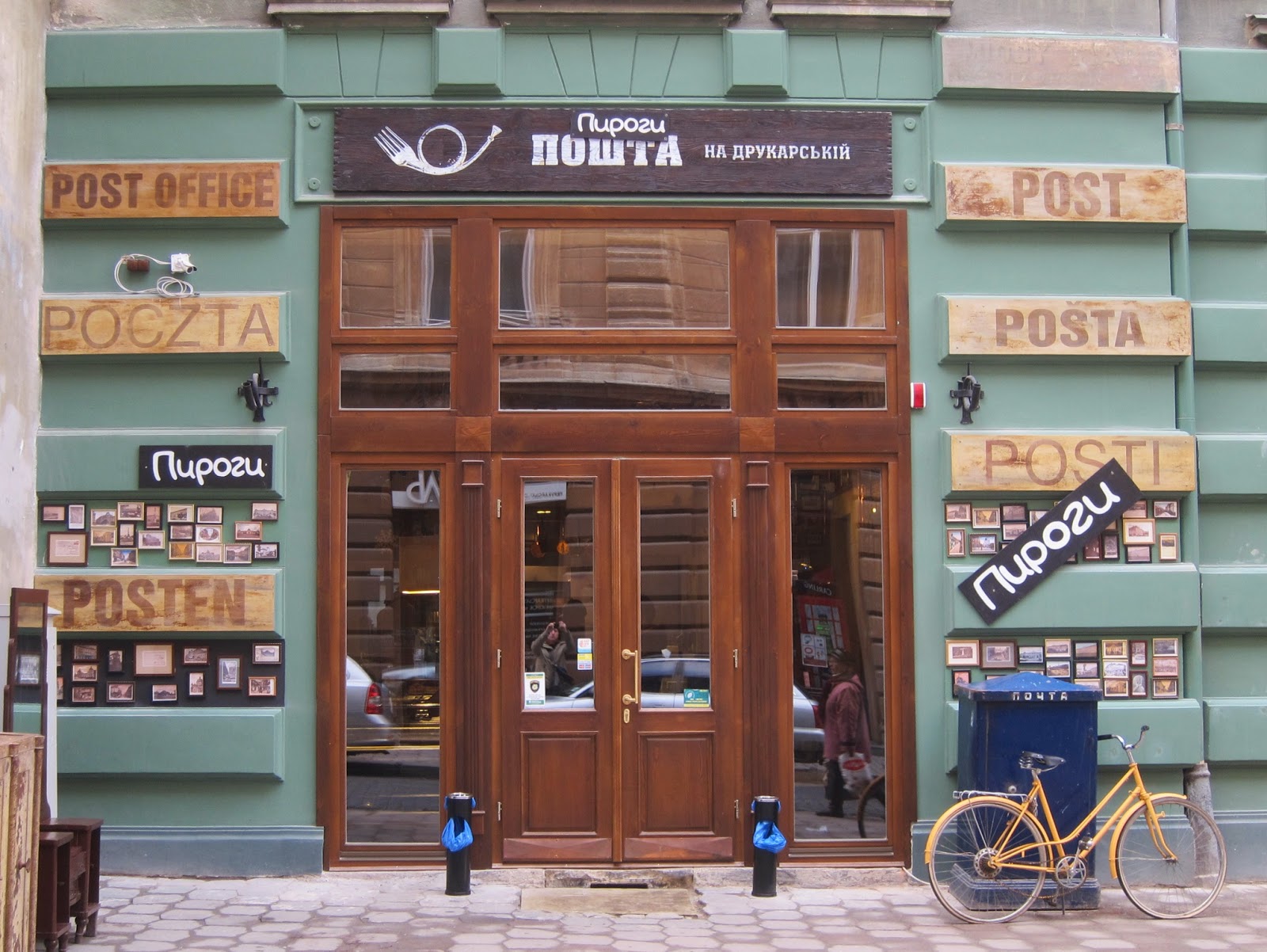