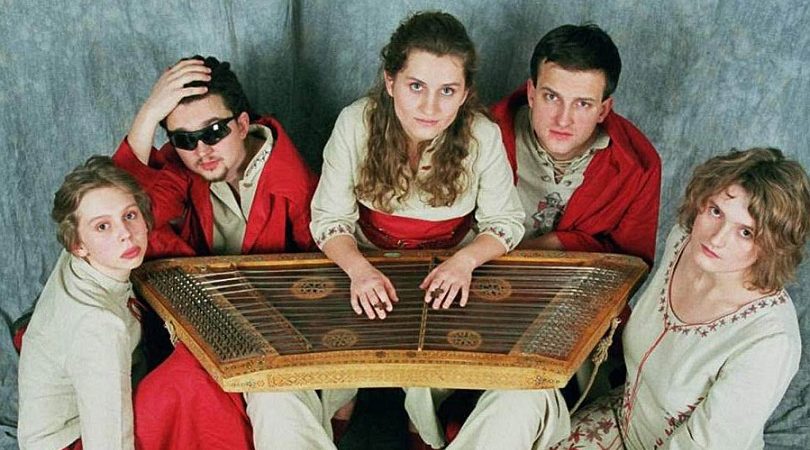 “Presenting six young people who have created their own version of Polish folk punk! This band has found a welcome in the homes of elderly village musicians who see their traditions disappearing before the onslaught of urban life. They have taken these youngsters under their wing and have taught them the ancient repertoire. The band describes “Cranes” as “an anarchistic protest song; a classic example of defiance and disobedience and a lesson for contemporary societies…Go back home children and be nobody’s servants.”” from Link TV.

“In other moments, the Warsaw Village Band finds comic contemporary possibilities in older tunes. The liner notes to People’s Spring describe “Who Is Getting Married” as “a feminist composition, an example of contemporary ideas on emancipation, which apparently existed in the former Polish countryside.

“The song’s female protagonist sings a tale of not wanting to be married, because “she prefers to play music, dance and be free.” In most cases, the band’s musical approach to these traditional songs is to accelerate their tempos.”

“As they seek to bridge the divide between urban and rural, the band also seeks to bridge the gap between young and old. In a way, they are musical ethnographers, revisiting the roots of Polish culture and seeking to save it. 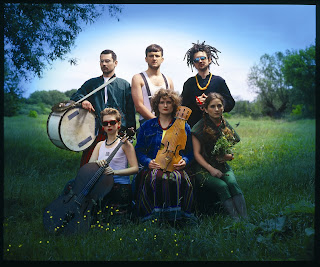 “On its website, the band says that “our passion is traveling to small villages and visiting old musicians who tell us about their tradition, customs and ancient habits that are passing away. They hand down to us the part of this tradition in form of music.”

“If the only thing that Warsaw Village Band accomplished was to preserve the folk music culture of their country, they would be rendering Poland a valuable service,” from The Globalist.