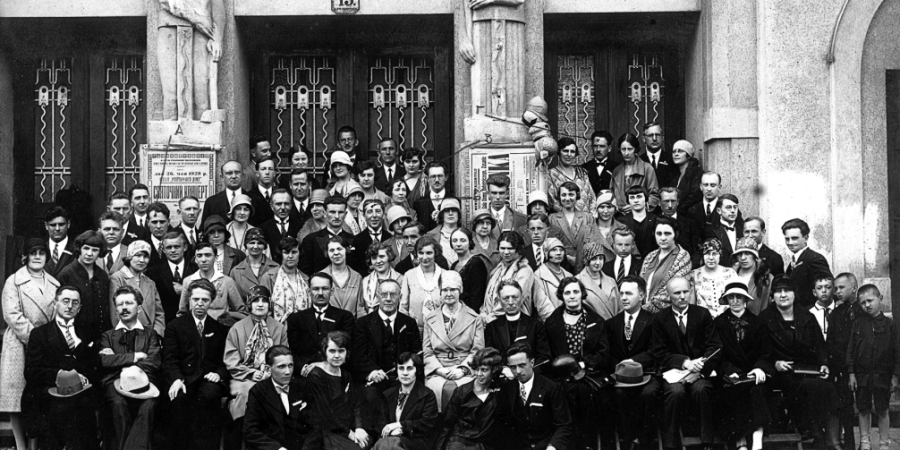 In the late nineteenth and early twentieth centuries, several societies and cooperatives appeared in Galicia, which became part of the Ukrainian national and cooperative movements. The aims of these movements were to raise the national consciousness and economic plight of the Ukrainians, most of whom were peasants. One of these organizations was the Boyan network of musical societies, which played a major role in promoting musical culture and popularizing Ukrainian folk songs and works by Ukrainian composers.

Boyan was a network of Ukrainian choral and musical societies, which operated in Galicia during the end of the nineteenth century until 1939. The name of the society is taken from the name of the Kyivan Rus’ bard mentioned in The Tale of Igor’s Campaign, an anonymous medieval epic poem.

The societies aimed to support the development of Ukrainian musical culture and choral singing, as well as to provide music education and music printing. In the beginning, Boyan united amateurs, and later became an important center of activity of famous conductors, composers, musicians, and teachers. Choirs, music schools, music libraries and publishing houses, and orchestral groups operated at the societies. Boyan members organized various musical evenings, concerts, and competitions. The local Boyan societies became meeting places for the intelligentsia and townspeople.

In the summer months of 1892, the Lviv Boyan youth group organized “artistic travels” through the cities and villages of Galicia. On average, Lviv Boyan organized 4-5 concerts a year. Beginning in 1899, the society started to organize “folk concerts” for poorer and less educated audiences.

The establishment of Lviv Boyan was the impetus for the formation of a network of branches in many Galician cities. Boyan choirs appeared in: Peremyshl (1891), Berezhany (1892), Striy (1894), Kolomyia and Stanyslaviv (Ivano-Frankivsk) (1895), Ternopil and Sniatyn (1901).

To unite the Galician societies into a single structure and to form a school of music with instruction in the Ukrainian language, the Union of Singing and Musical Societies was formed, the charter of which was approved on February 1, 1903.

The music educational institution of the Union of Singing and Musical Societies began its work on October 10, 1903, and was called the Higher Institute of Music. On April 21, 1907, the union was was renamed the Mykola Lysenko Music Society. This school became an important training facility for Ukrainian musicians in Galicia.

After the Soviet occupation of Galicia in 1939, the societies were abolished.