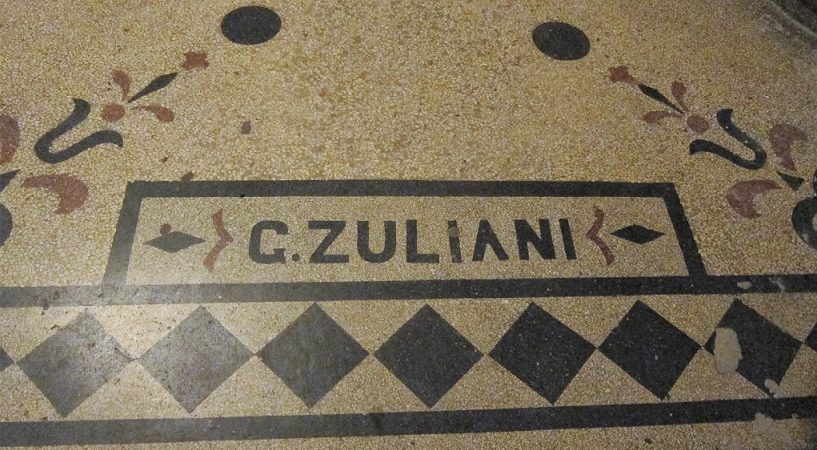 Giovanni Zuliani (1843-1909) moved from Italy to Lviv and in 1892 founded a company specializing in mosaic and granite terrazzo prepared in Venetian style, marble ornamentation of walls and furniture, and all kinds of cement work. The company had branches in three other Galician cities: Stanisławów (Ivano-Frankivsk), Chernivtsi, and Krakow.

A few examples of his company’s work can still be seen in Lviv: 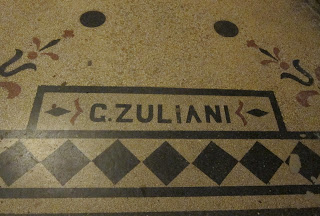 In 1901 Giovanni’s son joins the company and they start using the name G. Zuliani i Syn (G. Zuliani & Son): 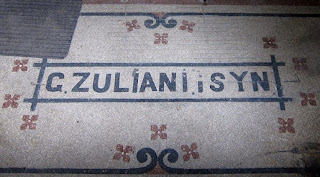 I also found an example of the company’s work in Krakow—in the entranceway to the hostel where I once stayed: 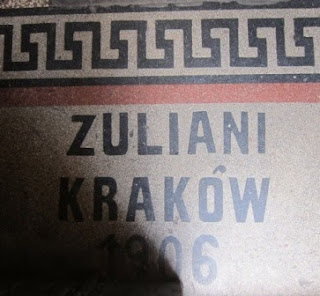