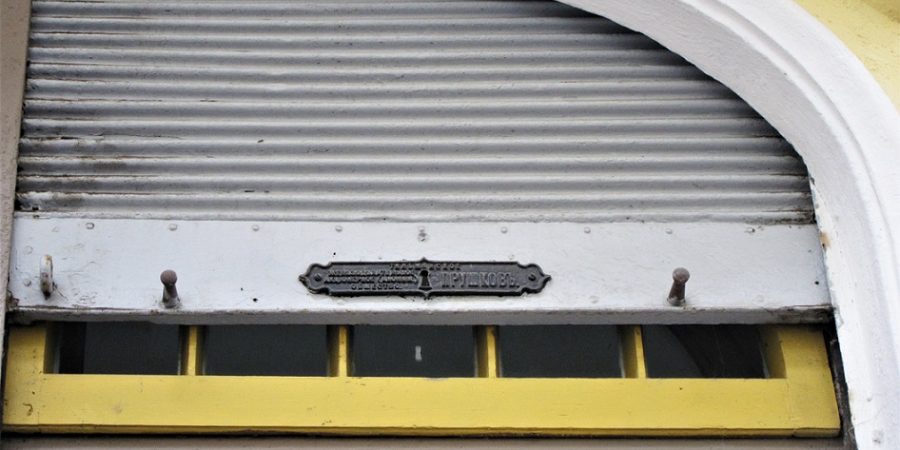 In Tallinn, I found an old metal roller shutter with a Russian inscription. Estonia was part of the Russian Empire until 1917 and so the shutter dates to before the Russian Revolution. 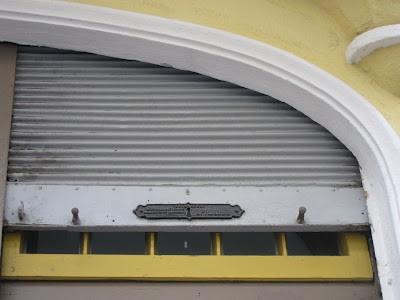 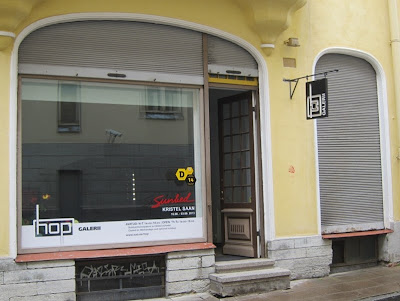 From an issue of the newspaper Сибирскій листокъ, dated April 10, 1905, there is an advertisement for Штори (draperies) made by the company ,,Тильманское Желѣзодѣлательное Акцiонерное (анонимное) Общество” въ Прушковъ, which means Tilman Ironworks Joint Stock Company in Pruszków. Pruszków is a town outside of Warsaw. This part of Poland was also under the Russian Empire at that time. 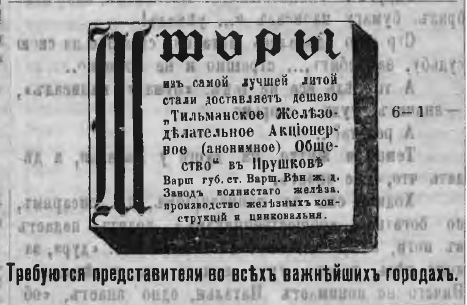 Note: the Russian orthography used on the shutter and in the newspaper is from before the last major Reform in Russian spelling (1917), as can be seen with the use of the letters і, ѣ, ъ.