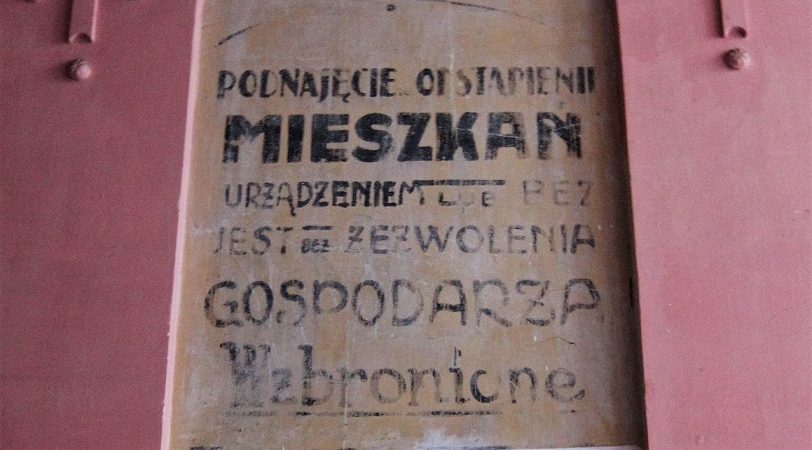 It’s less common to find hand-painted signs inside the entranceways and corridors of buildings—but in Lviv there are a few examples of such ghost signs, which served different functions.

During the interwar period, this building housed a oil industry union and a union of petroleum products — which is what the first two ghost signs advertise.

The building also housed an advertising agency, an antiquarian shop, and and a sheet music shop.

This one I an unable to decypher.

This is a unique ghost sign as it is actually an announcement to tenants of the building that is prohibited to sublet an apartment without the permission of the owner.

“Wychód” is a Polish archaism meaning “exit” (“Wyjście” in modern usage) This ghost sign is found in a corridor of a building that from the 1820s housed a hotel and restaurant-winery. The hand points in the direction of the front entrance, from an inner courtyard.

Another theory is that the sign reads “wychodek” and points to an outhouse. However, I’m not entirely convinced as there is a line coming down just right of the letter “D” and the hand would not be centered if there were still two more letters at the end of the word.