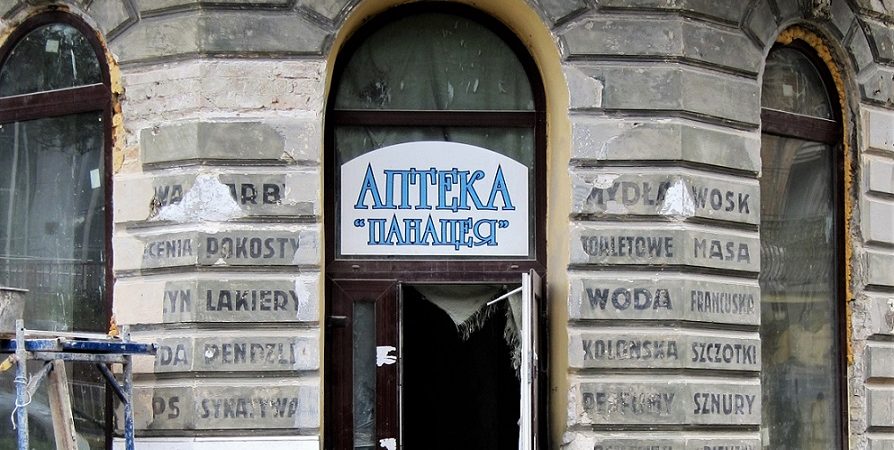 I have good luck when it comes to finding ghost signs right when they have been uncovered and right before they will be covered again. Today I went on a bike ride to a part of Lviv I go to only every couple of months, and found that some ghost signs that I had previously seen on a building had been completely uncovered by the workers renovating the building. As always, it was such a wonderful feeling to find them so exposed. But I asked one of the workers whether they plan to paint over them, and he said yes 🙁 Well, I am grateful I got to see them in all of their glory. Any day now they will be painted over… I wonder in how many years they will be uncovered again….

As for the history of the signs, I know that in 1934 a woman received permission to open a pharmacy in this building. (At that time there were still very few women who ran pharmacies.) The signs on the façade list items like perfume, soap, varnish, paint, string, water, so I’m wondering whether these items were sold in the pharmacy or whether prior to the pharmacy a store was located in the building, but I guess it seems more likely that it was the latter. In any case, I can say the signs are from no later than 1934, but more likely they are quite a bit older, which means they may be about 100 or more years old. 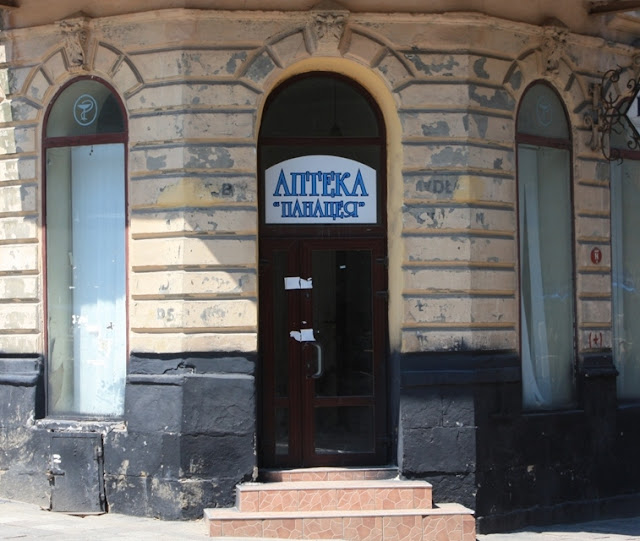 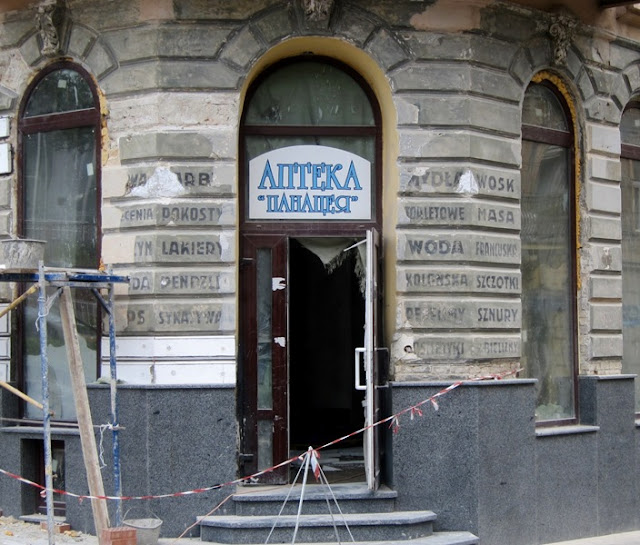