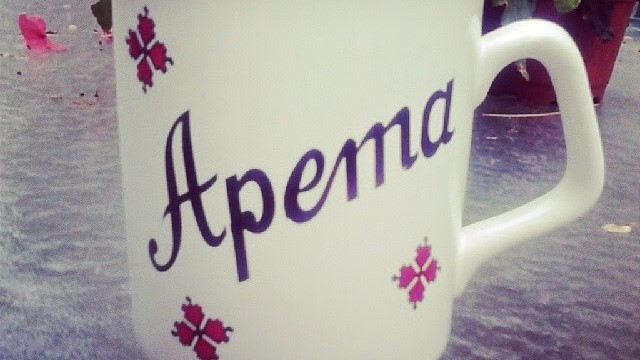 I’ve noticed that many of the common Ukrainian diasporan first names (my name included, which I already posted about here) are unheard of or rarities in Ukraine. Many of the Ukrainian diasporan names were historically widely (or only) used in Galicia (as opposed to other parts of Ukraine), and some of these today are more common among Poles than they are among Ukrainians in western Ukraine. Just as the diaspora kept in use certain vocabulary that was forgotten or replaced in Ukraine, so too did they continue using first names that had once been common in Galicia and which became “old-fashioned” or forgotten in western Ukraine. (While some are almost unheard of in Ukraine today, others can be found only among the older generation here.)

This post is a comparison of the names I am familiar with in the diaspora vs. the names I commonly hear here in Lviv/western Ukraine. (In other parts of Ukraine а different set of names is more widespread, which I think were historically more common in the central/eastern parts of Ukraine and/or in Russia. This post does not address those names.)

A lot of people in the diaspora have these mugs (see featured image). We didn’t even have to have mine specially made — ones with the name “Арета” were available at our local Ukrainian souvenirs store. We also had no problem finding one for my siblings: “Адріяна” and “Данило” (names which are not very widespread in Ukraine). On the other hand, in Lviv’s souvenir stores I can’t find a toy vanity plate with my name.

Common Names in the Diaspora

Below are names that I never or very rarely hear in Ukraine but which are common in the diaspora.I don’t mean to say that these are completely absent from Ukraine, but I pesonally have yet to come across anyone here with the following names:
Арета
Аннет (often Аннетка)
Андрея
Мотря
Калина
Таїса
Ореста
Соня (not as a variation of “Софія”)
Стефан(ія) (only came across Степан)
Нестор
Ярема
Лукаш
Антін (only came across Антон)І have come across these names, but they are much more common in the diaspora than they are here:

A note about the spelling/pronunciation differences:
In Ukraine, “Адріян(а)” is spelled with an “a” not a “я” — “Адріан(а)”; as is “Ляриса” — “Лариса”
and “Стефан” is spelled with a “п” — “Степан.”
“Богданна” is often spelled with two “н” in the diaspora, while in Ukraine only with one — “Богдана.”

Certain names such as “Рената” and “Юстина” are currently more common in Poland than they are in western Ukraine/Galicia.

A song called “Ярема” about а boy named “Ярема.” A popular song in the diaspora.

A few examples of differences in diminuatives:
For “Михайло” we use “Михась,” which some people haven’t even heard of. Here the Russian variation “Міша” is used.
I have never heard the diminuative “Яро” for “Ярослав” in Ukraine, only “Ярко.”
I have never heard “Стефа” and “Стефко” for “Стефанія” and “Стефан” or “Адя” and “Адьо” for “Адріянa” and “Адріян” — all are which are quite common in the diaspora (but could be due to the fact that the full names are not common here.)

These are the most common names in western Ukraine, and they are also all quite common in the diaspora, except for “Сергій.” (І didn’t know a single “Сергій” until I moved to Ukraine.)

Then there of course are names which I’d say are used pretty equally in both the diaspora and Ukraine, such as “Роксоляна” (“Роксолана” in Ukraine), “Тетяна,” “Катя,” “Микола”, “Олег,” etc. However, another note about pronunciation, we say “Олег” while in Ukraine the stress is “ОлЕг,” same with “Олесь” vs. “ОлЕсь.”