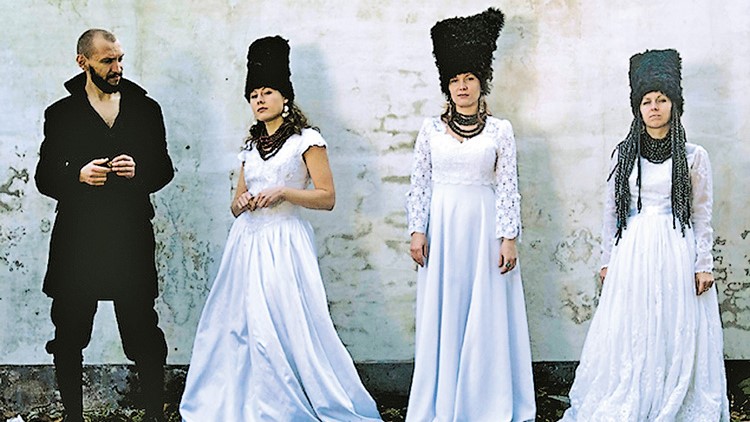 DakhaBrakha is an “ethno-chaos” band from Kyiv, created in 2014. They have gained a following around the world, have toured extensively, and have even performed an NPR Tiny Desk Concert and as well as on KEXP.

“Having experimented with Ukrainian folk music, the band has added rhythms of the surrounding world into their music, thus creating bright, unique and unforgettable image of DakhaBrakha. It will help to open up the potential of Ukrainian melodies and to bring it to the hearts and consciousness of the younger generation in Ukraine and the rest of the world as well,” from their website. 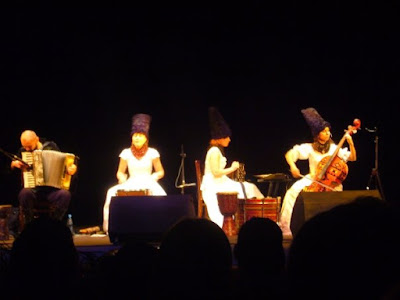 One of the songs that stands out most to me, due to the music as well as the lyrics, is the song “Ванюша” (Vaniusha), the events of which take place during the Seven Years’ War (1754-1763). I wonder whether this song was truely passed down for two and half centuries. The lyrics are quite dark and gruesome, however, so it is hard to believe it is documenting true events — but who knows, those were different times. The song tells the story of Vaniusha, who is off fighting in the Seven Years’ War. He returns home to the request of his mother, who says his wife is not taking care of her domestic duties. Upon his return, he chops of his wife’s head with his sword, only to find that the homestead is in fact in order. Subsequently, he goes to chop off his mother’s head — “the head rolled down the green grass, red blood flowed onto his embroidered sleeve.”