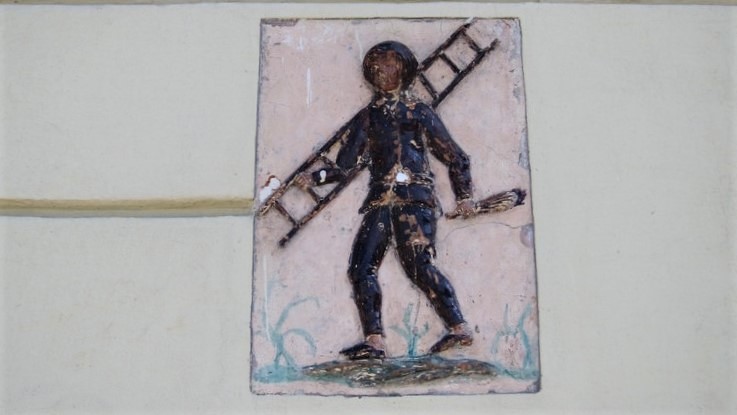 Lviv, like most cities in the nineteenth century, needed chimney sweeps to keep chimneys clean from the soot that accumulated from burning coal.

The bas-relief of a chimney sweep on Anhelovycha Street is one of the only reminders of the era of chimney sweeps. At the beginning of the twentieth century, the owner of the building which has the sign was a master in chimney cleaning. 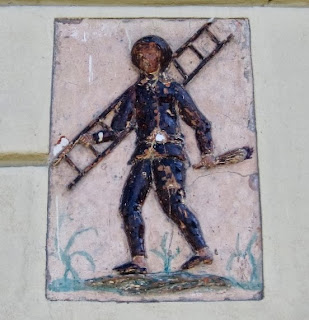 Several years ago, the restaurant Dim Lehend (House of Legends) installed a statue of a chimney sweep on the building’s chimney. 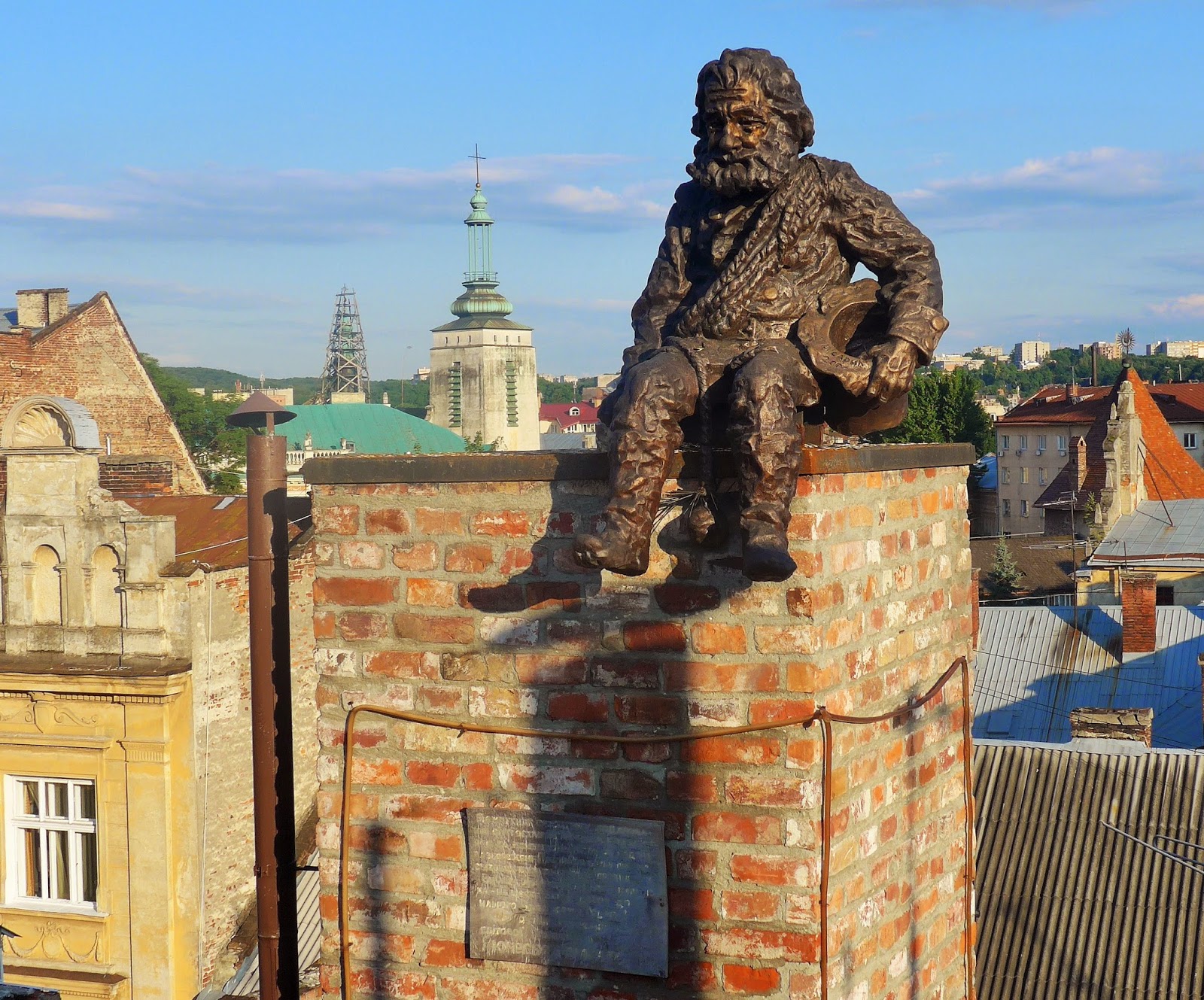