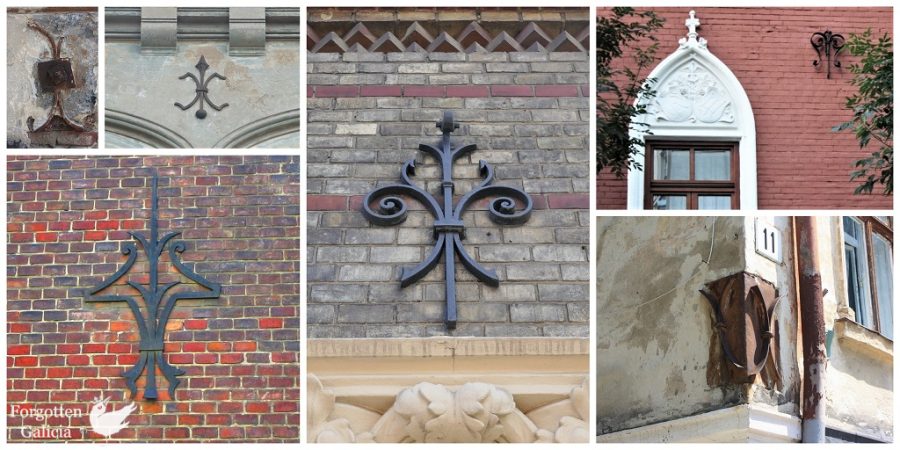 Anchor plates (also called wall washers, pattress plates, masonry stars, etc.) are used to reinforce the structure of masonry buildings. Made from cast or wrought iron, these plates are connected to rods that penetrate the building. Sometimes the rod is exposed, which can be seen on balconies and porticos. The plates are generally symmetrical as to evenly distribute the tension created by the anchor point, thus further stabilizing the wall. Due to new construction practices and technologies, anchor plates are rarely used for reinforcement anymore.

As they are typically visible, anchor plates are often simultaneously used as a decorative element of the building. Less ornamental ones can be found on more modest buildings or on the sides of buildings, especially those which originally were covered by another building.

In Lviv, anchor plates are ubiquitous — they can be found on the majority of eighteenth- and nineteenth-century buildings in the city. Common shapes are S’s and X’s, but range from an elaborate design to a simple square or line. (See examples from other cities here.)

Examples where the rods are exposed

Text and photographs by Areta Kovalska