I think this was part of a lock mechanism, maybe for some roller shutters. The top part says “up” an “down” with arrows which way to turn. 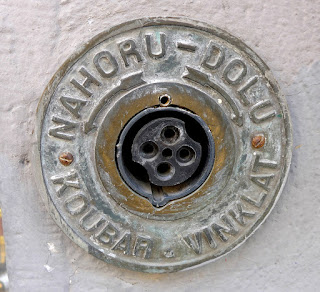 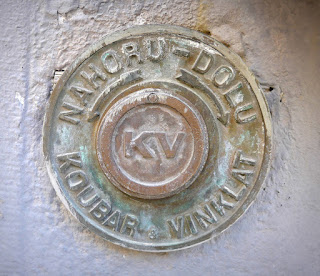 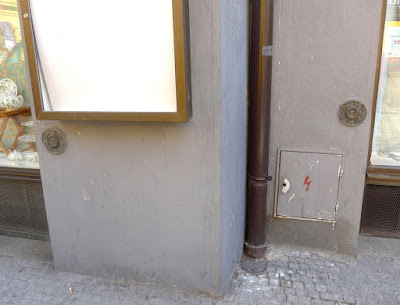 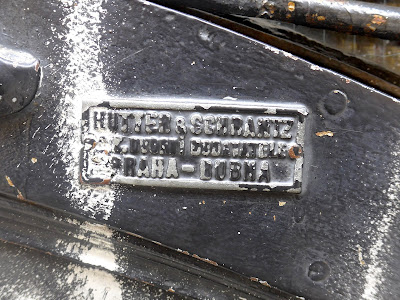 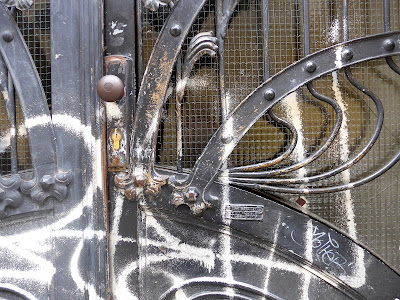 Hutter & Schrantz is one of the oldest companies in Austria. It was founded in Vienna in 1824 by Michael Hutter. Later he joined forces with with Johann Schrantz and in 1866 it became Hutter & Schrantz. In 1896 Schrantz bought a factory in Prague-Bubna, which is where this ironwork was made.

Found inside of a hallway: 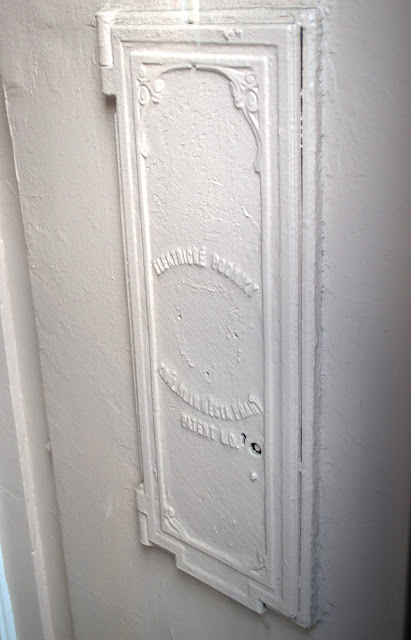