Last month, Smithsonian Folkways released an album of ancient songs from the Chornobyl region, songs all but forgotten due to the nuclear disaster that wiped out the nearby villages.

Fortunately, some of these songs have been preserved thanks to ethnomusicologist Yevhen Yefremov and Ensemble Hilka: “Under the musical direction of Yevhen Yefremov, an ethnomusicologist and singer whose field expeditions into Kyivan Polissia (“the Chornobyl Zone”) began in the 1970s and have continued to the present day, Ensemble Hilka presents the sketch of a ritual year as a song cycle that may have been performed in a typical Polissian village for centuries leading up to the Chornobyl nuclear disaster in 1986.”

The project is called “Chornobyl Songs Project: Living Culture from a Lost World.” More information can be found on the Smithsonian Folkways website. 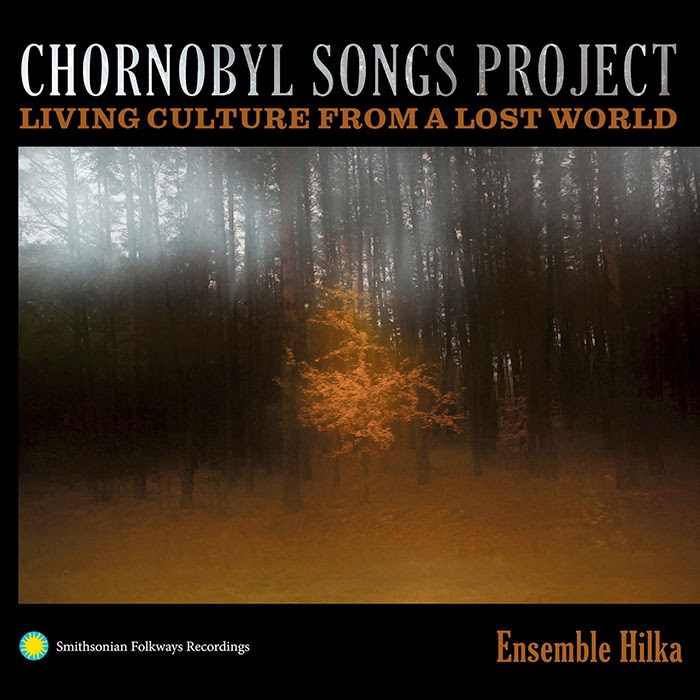 In Studio: Ensemble Hilka article from 2011:

“It’s the 25th anniversary of the Chernobyl nuclear disaster, during which time the traditional communities of that part of Ukraine have been dispersed, and their songs largely forgotten. Now, ethnography, musicology, and environmental activism come together in The Ensemble Hilka, a chorus that joins us to sing the lost songs of the so-called Chernobyl Zone.””

“Following the calamitous Chernobyl nuclear power plant accident of April 26, 1986, 160 Ukrainian villages in the contaminated zone were effectively wiped out. There was fear that the area’s already fading, thousand-year-old polyphonic singing styles and ancient folk songs, some believed to be pre-Christian in origin, had suffered a cultural death-blow. And to lose any aspect of that haunting beauty – where single or massed human voices could sing out to the heavens from a hilltop with enough shimmering, piercing power to announce the arrival of spring to an entire village – would have compounded the tragedy incalculably.”