Chernivtsi / Cernăuți / Czernowitz, located in south-western Ukraine near Romania, was a multicultural city that at various times had large populations of Romanians, Jews, Ukrainians, Germans, Poles, Russians, and Roma. Chernivtsi was the capital of the Bukovina region of the Austrian Empire. In 1918, it was annexed by the Kingdom of Romania. Traces of its multicultural past, such as ghost signs, are still present in the urban landscape. The ghost signs that I found are all in Romanian. (Thank you Shaun Williams for translations.) 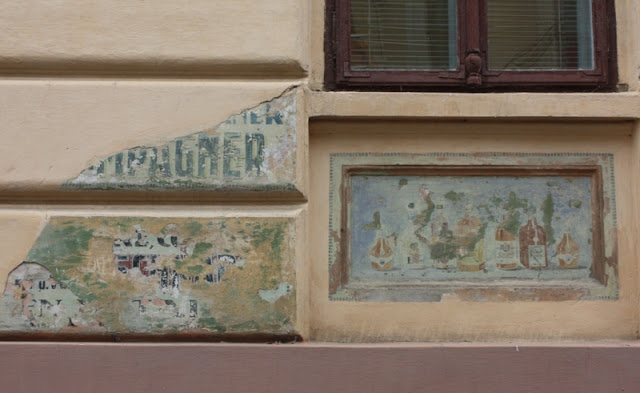 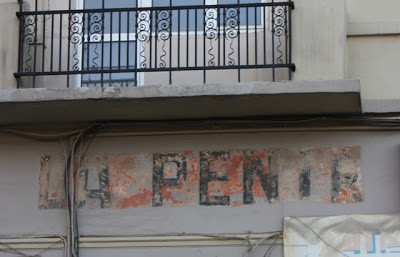 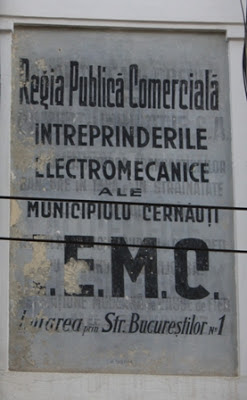 Department of Public Works
Electromechanical Enterprises of
The City of Chernivtsi
Î.E.M.C.
Operating at Bucurest St. No.1

And underneath the top ghost sign some words translate to:
INDUSTRIAL COMMERCE S.A…
Banking in foreign countries…
and a modern nation of iron (houses/cases/cabinets)

These last two photos were taken in the old Jewish district: 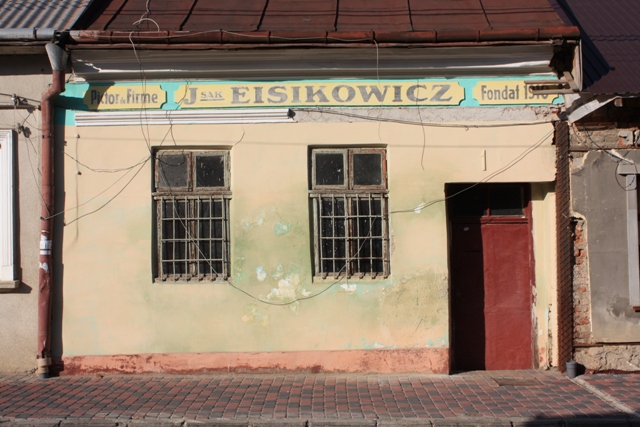 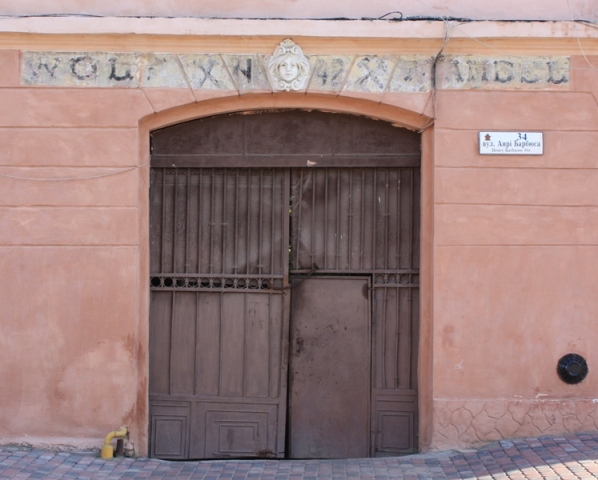