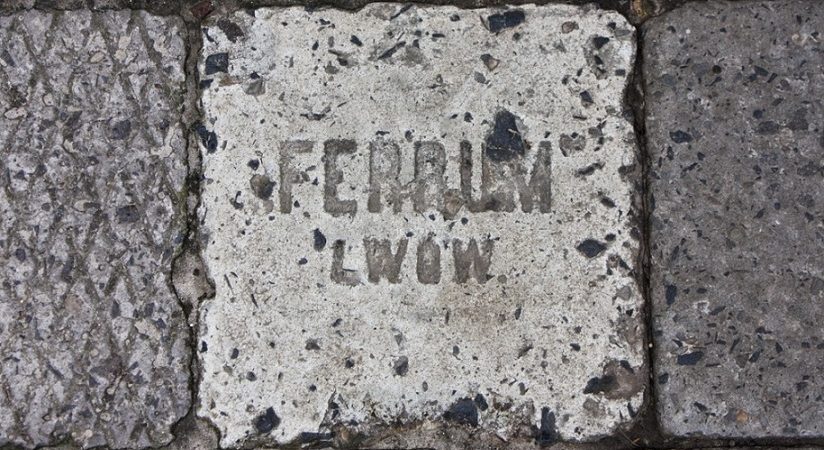 Ferrum-Lwów Machine Factory and Iron and Metal Foundry was part of a large company that had factories in several cities including Lodz, Poznan, Krakow, and Sosnowiec near Katowice. In Lviv, the factory was located in the Pidzamche neighborhood and in addition to various iron and metal works such as manhole covers and storm drains, the factory also manufactured stone sidewalk bricks. The “Ferrum-Lwów” stamps served as an identification and advertisement.

Fewer and fewer of these stamps can be found in Lviv as sidewalks are being renovated. For example, the stamps in the first image below used to be located on the sidewalk on Heroyiv Maidanu Street but were lost during recent renovation.